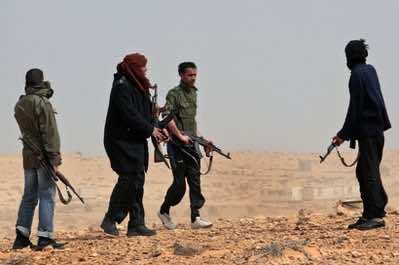 The text announces the establishment of a “committee charged with revising current legislation and to propose amendments that would not contradict the fundamental rules and regulations of Islamic law”.

It said the 16-strong committee would be nominated by the supreme court and the Mufti, a religious expert on sharia.

The committee, which would be chaired by a judge, would also include professors from Islamic universities, according to the document.

Legislation amended by the committee would then be presented before Libya’s top legislative authority the General National Congress for adoption.

One law imposing strict restrictions on polygamy, that was instituted by the regime of dictator Moammar Gadhafi who was toppled and killed in 2011, was abolished after the revolution.

The justice ministry’s plan would appear to be aimed at satisfying the demands of Salafist, or extremist Sunni Muslim, groups in the violence-wracked North African nation.

On Tuesday, Ansar al-Sharia, Libya’s top jihadist group that has been blamed for unrest including a deadly attack on a U.S. mission, said only Islamic law can boost security in the increasingly lawless country.

The heavily armed group of ex-rebels is based in Benghazi, cradle of the 2011 uprising.

Ansar al-Sharia said it does not recognise state institutions, including the security services, accusing them of apostasy and of being “taghuts”, or evil forces at the service of tyranny.

Former rebels have become a thorn in the side of the government, which is struggling to impose its authority.

Sharia law is just one of a number of key issues — including the status of women and minorities — that will have to be addressed in Libya’s future constitution.

Conservative Islam is deeply rooted in Libya, and analysts believe the new constitution will have to draw strongly on sharia while also steering clear of extremism.