Boudreaux- The Franco-Moroccan Minister, who is also the French government's spokeswoman, told the press that she suffered from racism during the debate about same sex marriage. 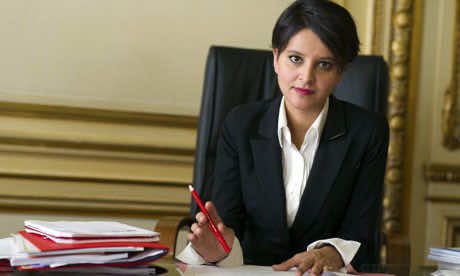 Boudreaux- The Franco-Moroccan Minister, who is also the French government’s spokeswoman, told the press that she suffered from racism during the debate about same sex marriage.

Najat Vallaud-Belkacem revealed in an interview to French magazine L’Express that she was the target of racist comments during the recent debate on same sex marriage and adoption.

She reported that during her numerous travels at the time, it was not uncommon for the new law’s opponents to yell at her: “Because you love gay marriage so much, do it in your own country!”

The young lady however made it clear she does not want to generalize and “condemn France.” The increase in the number of mixed marriages is, she says, a sign that France is opening to other cultures.