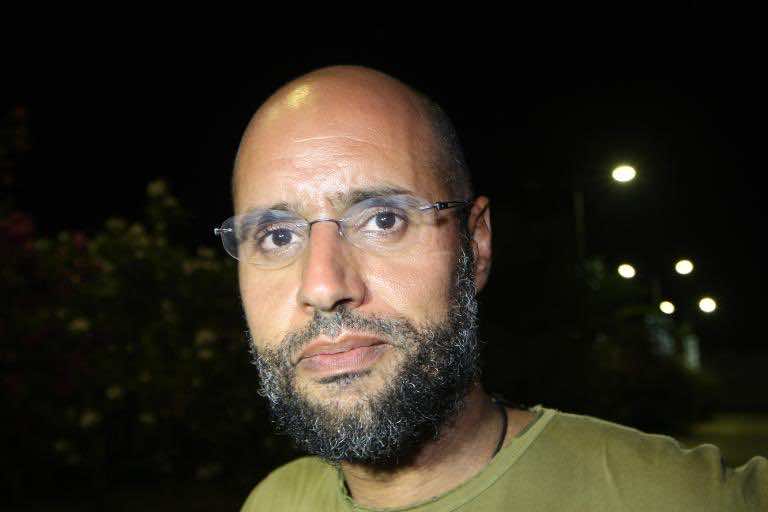 But Libya said that letting Seif al-Islam Kadhafi go on trial outside the country would worsen unrest gripping the country and would even be a threat to his life. Bensouda called on the UN Security Council to press Libya over the deceased strongman’s son, and also for international help including “telephone intercepts” and information on money transfers linked to the Kadhafi family and their associates.

The ICC and Libyan government have been wrangling over Seif al-Islam since the overthrow and killing of his father in October 2011. The ICC ruled this year against letting Libya put Moamer Kadhafi’s son on trial at home.

Seif al-Islam is held by a brigade of former rebel fighters and many rights groups say he will not get a fair trial in Libya where the authorities face mounting security concerns amid attacks on government and judicial targets.

Libya has said it will give the ICC new information on the Seif al-Islam case. But Bensouda said it was “fundamentally important” for the Security Council to pressure Libya over the case and for all states to respect ICC warrants.

“Political considerations have no place in law, impartially and independently applied. I strongly urge the government of Libya to surrender Seif al-Islam Kadhafi to the court without further delay,” the chief prosecutor added. Libya’s UN envoy Ibrahim Dabbashi said the Libyan people “want to see justice” and no Libyan government could accept a trial of Seif al-Islam outside the country.

“That would then destabilize social peace which is quite precarious, and indeed it might constitute a threat to the lives of” Seif al-Islam and Kadhafi’s intelligence chief Abdullah al-Senussi, Dabbashi told the Security Council. The ICC has agreed to let al-Senussi be tried in Libya. And Bensouda announced that she would not appeal that decision.

“The challenge is now for Libya to demonstrate to the world that al-Senussi will receive a genuine, fair, impartial and speedy trial that respects all his rights,” Bensouda said. Dabbashi said that any trials of Kadhafi figures in Libya would meet international standards.

The ICC is still investigating several cases in Libya linked to Kadhafi’s efforts to crush the uprising against him. Bensouda said that Security Council and international help would be “crucial for the collossal task of collecting evidence to untangle the modus operandi of the networks responsible for committing crimes.”

She said ICC investigators “will require telephone intercepts and sustained followups on transfers of funds to establish the whereabouts and movements of persons under investigation.” Bensouda and several Security Council countries praised efforts by the Libyan government to reinforce state authority. But the ICC prosecutor and several envoys raised the alarm over thousands of detainees held by militias in Libya.

“It is a matter of great concern that thousands of detainees remain in uncertain conditions in the country, with multiple and apparently well-founded allegations of torture and even killings in detention,” Bensouda said. “Unless this problem is effectively addressed now, it will only escalate with time,” she added, calling on the government to “speedily” move the detainees to state facilities for a proper trial.