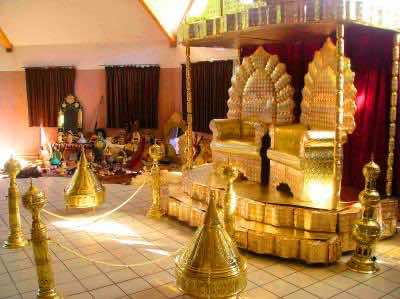 Fez-  Good news for Moroccan women who still suffer from polygamy in some parts of their country. It seems that the government is relentless in implementing the 2004 Family Code passed by the Moroccan parliament at the initiative of King Mohammed VI.

According to the Moroccan daily Al Ahdat Al Maghribiya in its issue of Friday police raided a wedding and arrested a couple during the ceremony, sparking a wave of surprise and astonishment among the invitees.
The couple’s arrest was based on a complaint from the grooms’ first wife, who said that her husband had decided to marry his girlfriend without her approval, as required by the new Family Code.

In accordance with the 2004 Family Code, which replaced the Personal Code of 1957 a husband should obtain the consent of his first wife if he ever wants to marry another woman.

The Moroccan Family Code has rendered polygamy quasi impossible. According to text, “the judge shall not authorize polygamy unless he has verified the husband’s ability to guarantee equality with the fist wife and her children in all areas of life, and there is an objective and exceptional motive that justifies polygamy.”