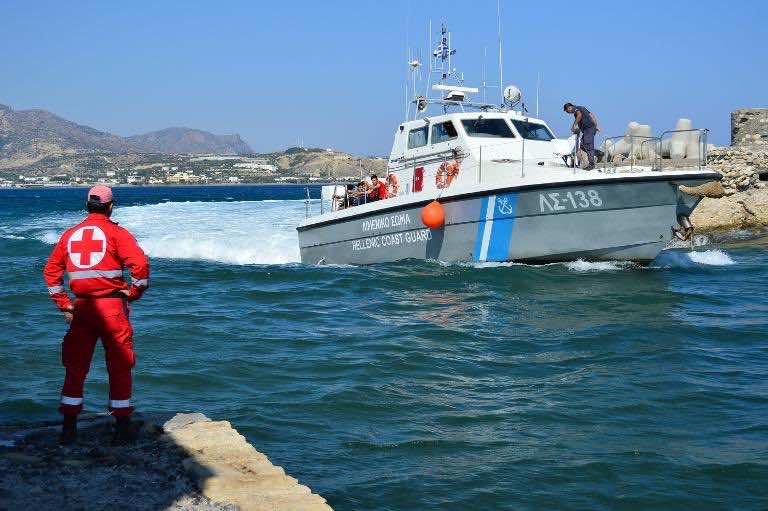 Fifteen migrants managed to escape alive and alerted the authorities to the accident near the island of Lefkada, a spokeswoman for the port police told AFP.

“A search is underway for other victims,” she said, adding that the migrants were travelling in an eight-metre (26-foot) inflatable dinghy that was found in the area.

Their nationalities and port of departure were not immediately known.

An earlier statement had spoken of at least eight dead.

The survivors landed at Paleros, a small western Greek coastal town opposite Lefkada.

“We find it puzzling how this accident occurred as weather conditions in the area were excellent this morning, and it also happened near the coast,” Lefkada Mayor Costas Aravanis told Skai TV.

Greece is one of the main ports of entry into the European Union for migrants and refugees fleeing war-torn and impoverished countries in Africa, the Middle East and the Indian subcontinent.

Refugee traffic has soared over the past year, because of the ongoing war in Syria, with arrivals by sea increasing owing to stricter controls on the Greek-Turkish northern land border.

Europe’s immigration policies have come under the spotlight after more than 400 asylum seekers drowned in October in two tragedies near another popular migrant port of entry, the Italian island of Lampedusa.