Beijing - China is to abolish its controversial "re-education through labour" system, under which police panels can sentence offenders to years in camps without a trial, the official Xinhua news agency said Friday. 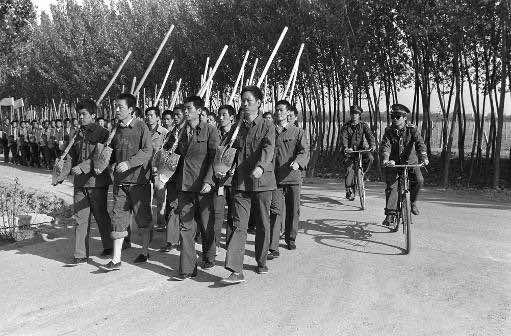 Beijing – China is to abolish its controversial “re-education through labour” system, under which police panels can sentence offenders to years in camps without a trial, the official Xinhua news agency said Friday.

The move was “part of efforts to improve human rights and judicial practices” it said, and came in a detailed reform statement issued after a key meeting of the ruling Communist party that ended earlier this week.

The gathering, known as the Third Plenum, had also decided to reduce “step by step” the number of crimes subject to the death penalty, Xinhua added.

The deeply unpopular labour camp system, known as “laojiao”, is largely used for petty offenders but is also blamed for widespread rights abuses by corrupt officials seeking to punish whistleblowers and those who try to complain about them to higher authorities.

Under the scheme, people can be sent for up to four years’ re-education by a police panel, without a court appearance.

Pressure for change in the system has been building for years.

In a high-profile case last year Tang Hui, a mother from central Hunan province, was sentenced to a labour camp for petitioning repeatedly after her 11-year-old daughter was kidnapped and forced to work as a prostitute.

Tang had sought accountability for police officers that she said aided the culprits. She was freed after just over a week following a public outcry.