CAIRO - A teenager was killed Friday when supporters and opponents of Mohamed Morsi clashed in the Egyptian city of Alexandria, officials said, as backers of the ousted president rallied in and around Cairo. 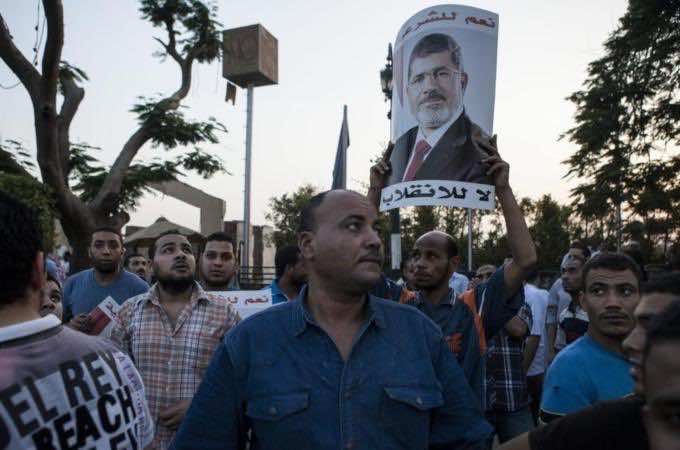 CAIRO – A teenager was killed Friday when supporters and opponents of Mohamed Morsi clashed in the Egyptian city of Alexandria, officials said, as backers of the ousted president rallied in and around Cairo.

The pro-Morsi demonstrations came just a day after the government lifted on Thursday a state of emergency and curfew that had been imposed in August after a deadly crackdown on Islamists in Cairo.

The interior ministry said the 16-year-old boy was hit by birdshot during clashes with supporters and opponents of the Islamist leader in the centre of Alexandria and died on his way to hospital.

Without elaborating, it said in a statement that demonstrators from the banned Muslim Brotherhood had fired on their opponents during the clashes in the Mediterranean city.

In Cairo, more than 10,000 Morsi supporters gathered in the Nasr City district after the weekly Friday Muslim prayers and then marched towards the Ittihadiya presidential palace, an AFP reporter said.

The marchers chanted slogans hostile to General Abdel Fattah al-Sissi, the military chief who overthrew Morsi in July after millions of Egyptians took to the streets demanding the Islamist president’s resignation.

After Egypt’s first democratically elected president was deposed his Muslim Brotherhood movement staged rallies and set up protest camps in Cairo to demand his reinstatement.

The security forces dispersed them in August in a bloody crackdown that left hundreds dead, and more than 2,000 Islamists have been arrested since then.

Following that bloodshed the new interim authorities imposed a three-month state of emergency and curfew in Cairo and 13 other provinces which ended on
Thursday.

State news agency MENA reported that thousands of pro-Morsi supporters also demonstrated in the city of Fayyum, south of Cairo.

Morsi, who was arrested after his July 3 ouster, has been charged with inciting the murder of protesters outside the presidential palace in December 2012.

His trial, along with 14 other defendants, opened on November 4 and is set to resume in January.