Bordeaux- A survey shows that over a third of French people aged 18-34 wants to permanently live abroad. 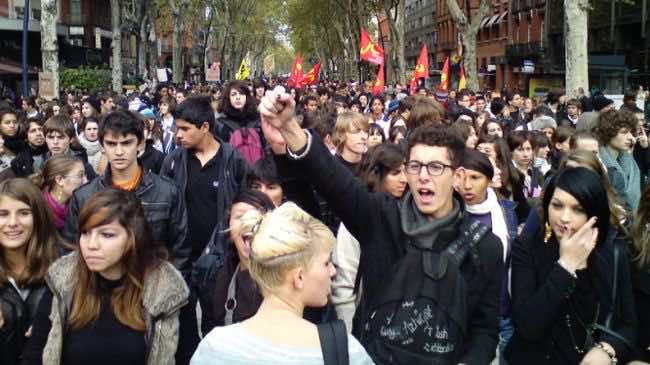 Bordeaux- A survey shows that over a third of French people aged 18-34 wants to permanently live abroad.

According to a poll for newspaper Le Figaro published on Friday, young French people do not want to stay in the country and internet users seem to confirm this trend on social networks.

“I’m still in college but I’m not optimistic about the future of young graduates in France,” reports a student.

“Foreign companies are more attractive, often offer better wages and better working conditions and more importantly, they are primarily interested in the skills of young people, not really in their degree,” adds Ingrid, 19.

Canada, Asia, Eastern Europe, French students are willing to go anywhere, as long as they don’t stay in France. Elise didn’t hesitate for a minute: «France never gave me a chance. I went to Ireland for a year, where I was hired by a big international firm and now I live in Norway. I’m 27 and I do not intend to return to France, except for the holidays! I did not want to fall into poverty and to always be stress, with a precarious job and 200 € on my bank account.”

Leaving is often linked to the need for adventure and change: “I would also like to discover new cultures!” said Alexandra, 18. But young people are not the only ones to look for something else. “At 53, I sold my business and now live in Romania,” says L-ïan.

Indeed, economic hardships and tax increases also motivates older people. After she retired, internet user Jaquotte says she saw her purchasing power shrink: « I’m going to Malta in 2014: there, no worries for us, life is 35% cheaper than here, so with our two pensions we will be fine.”

If many of those who leave rarely come back, Clarisse, who has been in the Indian Ocean for 5 years, warns potential expats «I will tell you frankly: It’s really not that bad in France! And you only realize that once you’re gone. “