China's clumsy response to the typhoon in the neighbouring Philippines shows that the Asian giant is still struggling to find its role on the world stage, analysts say, burdened by history and its own self-image. 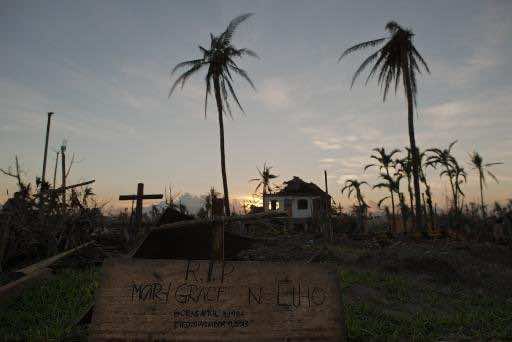 China’s clumsy response to the typhoon in the neighbouring Philippines shows that the Asian giant is still struggling to find its role on the world stage, analysts say, burdened by history and its own self-image.

Initially the Chinese government offered only $100,000, and while later donations have swelled Beijing’s aid to $1.8 million that falls far short of Japan’s $30 million, $20 million from the US, and even Swedish furniture group Ikea, which gave $2.7 million through its charitable foundation to the UN children’s agency Unicef for relief efforts in the storm-hit area.

Beijing is embroiled in a diplomatic row with Manila over disputed islands in the South China Sea, and the weight of history bears heavy on the region.

A tiny piece of the havoc wreaked by the typhoon was a fallen statue at the Leyte Landing Memorial close to Tacloban, where American general Douglas MacArthur strode ashore in 1944 on his mission to liberate the Philippines from Japanese occupation.

The island was one of the biggest battlegrounds of World War II and the naval battle of Leyte Gulf one of the largest sea engagements in history, with dozens of ships lost and Japan using kamikaze suicide pilots for the first time.

US forces suffered 15,584 killed and wounded, with Japanese casualties estimated at 49,000.

A plaque at the tribute site displays MacArthur’s proclamation urging Filipinos to “rise and strike” against the Japanese.

But almost seven decades later, Tokyo is preparing to send as many as 1,000 members of its Self-Defense Forces, Japan’s de facto military, to the disaster zone, their first active return to Leyte, where they will work hand-in-hand with the US military presence.

In contrast, China refers constantly to its past as a victim of Japanese aggression in its row with Tokyo over another set of disputed islands.

At the same time the 19th-century colonisation of parts of China by foreign powers looms large in its history, despite its rise to become the world’s second-largest economy.

Jim Schoff, senior associate at the Carnegie Endowment for International Peace and an expert on disaster relief in Asia, explained there was sometimes still a mindset in China that “‘We’re a developing country, too, and we have natural disasters, too.'”

“There’s a little bit of tight-fistedness that remains from that,” he said. “It’s the nexus of humanitarian relief and self-interest, and I think it’s taking China a while to figure out where that point is.”

Nonetheless, he pointed out: “The Chinese like to complain about US Cold War thinking when we reach out to allies to build these alliances.

“They are definitely not demonstrating that, to be a pillar of support in the region. So, that’s a failure on their part.”

Beijing’s foreign ministry has said that its offer could change, and will depend on “the development of the situation”.

But the missed opportunity could have broader diplomatic repercussions, experts say.

“I think this is a real test of their humanitarian principles, and also of the foreign-policy-making establishment in China,” said Mark Beeson, professor of international politics at Murdoch University in Perth, Australia.

Beijing’s original response “can be viewed as quite stingy as compared to everybody else”, he said, adding there was “no doubt” some in China were “not terribly disposed to the Philippines because of these territorial disputes”.

China has denied any link between its contribution and the long-simmering row over the South China Sea.

But comments by users of China’s popular online social networks underscored the lingering raw feelings between them.

“The Philippines is a country that’s hostile to China; we shouldn’t give them even a cent of aid,” one Sino Weibo user wrote. “We shouldn’t give our benevolence for dogs to eat.”

Others have been more measured. “The (Philippine) president is a little bit stupid, but we should help the Philippine people,” another user opined.

Using financial pressure for diplomatic purposes could be useful in some cases, but risked backfiring with humanitarian responses to disaster, Beeson noted.

“In these kinds of catastrophes, one would expect that there would be a different type of calculus — or no calculus at all — with trying to relieve an acute humanitarian problem,” he said.

“I think that’s why quite a few people have been taken aback by this,” he added.

“This is actually a great opportunity to play so-called dollar diplomacy: you provide a little more, and you have a much easier time later on,” Bo said.

“We’re all humanity in these disasters,” he added. “The US even shut down their government for a few days because of money issues, but apparently they’re very generous — and they came very quickly.”