Tripoli — Berber protesters have ended their occupation of a gas terminal in western Libya that prompted the shutdown of an export pipeline to Italy, Libya's National Oil Company said on Saturday. 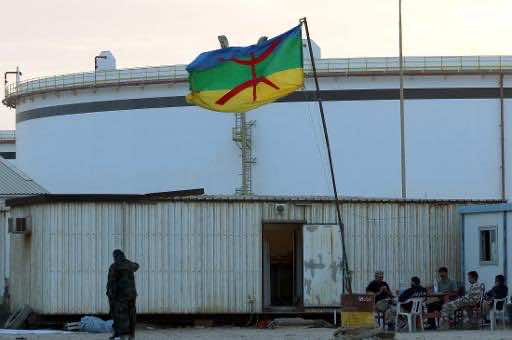 Tripoli — Berber protesters have ended their occupation of a gas terminal in western Libya that prompted the shutdown of an export pipeline to Italy, Libya’s National Oil Company said on Saturday.

The protesters called off their more than two-week sit-in at the Mellitah terminal near Zwara, west of Tripoli, late on Friday but it will take longer to reopen the pipeline, NOC spokesman Mohamed al-Harairi told AFP.

The protest organisers said they had called off their action in response to the “deplorable events in Tripoli on Friday evening,” a reference to the deaths of more than 40 people when a peaceful protest against former rebel militia in the capital degenerated into armed clashes.

The NOC spokesman said the change of heart by the Zwara protesters came after mediation by dignitaries and officials from the mainly Berber coastal town.

“Management are currently carrying out inspections of the terminal and its equipment. They are necessary precautions before the resumption of gas deliveries to Italy,” Harairi added.

The terminal is managed by Mellitah Oil and Gas, a firm jointly owned by Italy’s ENI and NOC.

ENI is the biggest foreign oil company in Libya and runs the Greenstream pipeline to Sicily which normally supplies Italy with 17 million cubic metres of gas daily from Mellitah.

The protesters have been demanding the amendment of Libya’s interim constitution to ensure that decisions about the protection of minority rights in a permanent charter are taken by consensus in the constituent assembly, not by majority vote in the Arab-dominated body.

“We will not give up our demand for the revision of Article 30 of the (interim) constitutional declaration so that decisions are taken by consensus,” the Berber Higher Council said in a statement carried by the official LANA news agency.

Berbers make up about 10 percent of Libya’s population. They were persecuted under now-slain dictator Moamer Kadhafi and feel marginalised under the new regime even though they played a key role in the 2011 uprising.