WASHINGTON- The United States on Saturday called for calm in Libya, amid clashes that have killed at least 43 people in Tripoli and injured hundreds more. 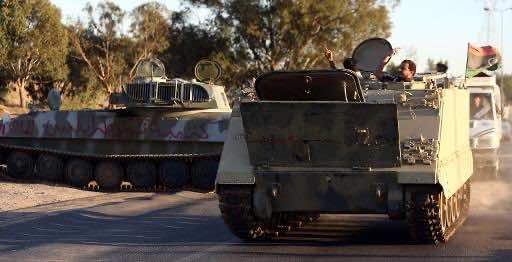 WASHINGTON- The United States on Saturday called for calm in Libya, amid clashes that have killed at least 43 people in Tripoli and injured hundreds more.

“We are deeply concerned by the death and injury of many Libyans in recent
clashes in Tripoli,” US Secretary of State John Kerry said in a statement.

“We condemn the use of violence in all its forms and urge all sides to exercise restraint and restore calm.”

“Libyans did not risk their lives in their 2011 revolution for this violence to continue,” the top US diplomat said, urging Libyans “to break the cycle of violence through respectful dialogue and reconciliation.”

“We recognize that the Libyan authorities and Libyan people are facing significant challenges in their democratic transition, but too much blood has been spilled and too many lives sacrificed to go backwards,” Kerry said, pledging continued US support.

Libya has seen a surge in unrest as former rebels who helped topple Moamer Kadhafi’s regime have scoffed at government demands to lay down their arms.

The rebels were hailed as heroes following his ouster, but many have since carved out their own fiefdoms and been accused of mafia-like extortion and other crimes.