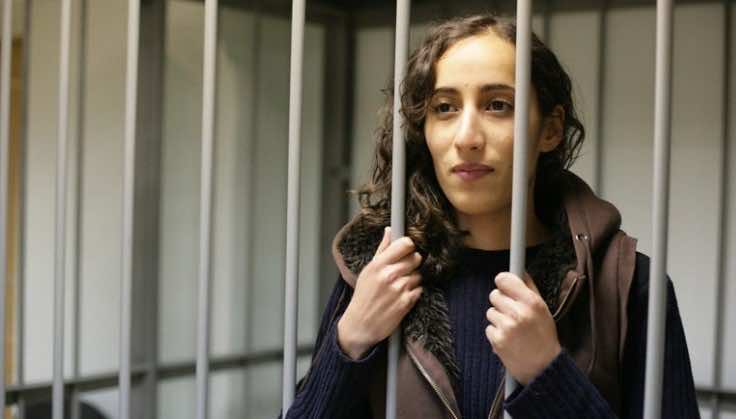 Bordeaux- Protestors from all over the world gathered in major cities to demand the release of the activists that were sent to prison two months ago in Russia, French daily Le Monde reported on Saturday.

Among them is Faiza Oulahsen, a Dutch woman of Moroccan origins who has been charged with “piracy of an organized group” over protest on an Arctic oil rig owned by state-controlled firm Gazprom.

In the UK, several dozens of protesters demonstrated in front of Shell gas stations, a company Greenpeace accuses of drillin in the Arctic in cooperation with Gazprom.

“Many of today’s events will focus on the role played by energy giant Gazprom and its commercial partner in the Arctic, Shell. Gazprom has asked the Russian authorities to intervene in the action that led to the arrest of the 30 activists” said Greenpeace in a statement.

In Argentina, several events were held in major cities including concerts and photo exhibitions. Activists have symbolically locked themselves in a cage in front of the India Gate in Delhi. The same operation was led on Friday in Paris with Oscar-winning actress Marion Cotillard as well as French political and cultural personalities. The same day, 200 people signed a petition in Geneva, Switzerland, which will be sent to the Russian ambassador. Earlier this week, superstars Madonna and Paul McCartney expressed their support to the activists.

Thirty members of the Arctic Sunrise team were arrested on September 19th by the Russian authorities as they tried to climb an oil platform in the Barents Sea to denounce environmental risks. Among them is Faiza Oulahsen, a 26 year-old Dutch woman of Moroccan origins.

All of them face charges of “piracy” and “hooliganism”, and could be sentenced to up to 15 years in jail.