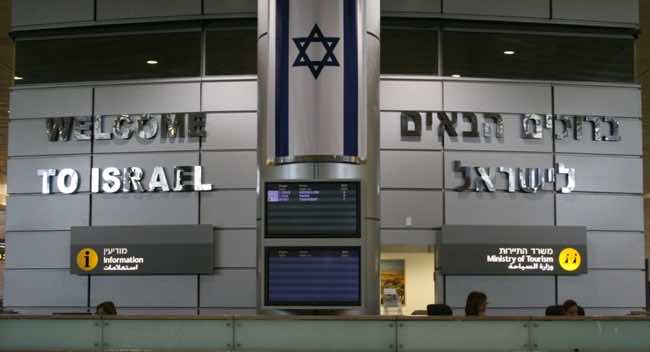 By
Jamal Saidi
-
Jamal Saidi is an English teacher.
Nov 17, 2013
Spread the love

Casablanca- A number of 2000 Moroccan tourists have already visited Israel during the first months of the current year, according to the Israeli Central Bureau of Statistics.

The governmental center revealed that the absolute majority of Moroccan nationals arrived at the country via  Tel Aviv’s  Ben Gurion International Airport, with an estimated number of 1900 tourists.

The rest of the visitors traveled by land through Isreal’s borders with Egypt and Jordan. Morocco ranked third in MENA region, after Jordan and Egypt.

In reaction to the news, which is also reported by Hespress, commentators seem to hold different opinions. While some considers the visitors as agents of Israel, others believe that every individual has the right to visit any country in the world.

“Israel, after all, is recognized by the majority of the world’s countries, including Palestinian authority”, a commentator said.

Relations with Israel have always been a source of controversy in Morocco. Any visit to the Hebrew state or a meeting with Israelis might be regarded, by some political factions, as a form of normalization with Israel.

Pan Arab and Islamists MPs, backed by four political factions, have proposed a bill to criminalize relations with the Jewish state, but the bill has not passed yet.

Four Moroccan MPs have been recently forced to cancel a planned trip, under the umbrella of Parliamentary Assembly of the Mediterranean (PAM), to Israel after receiving harsh criticism by some local media.

Political and diplomatic issues were not listed on the agenda of the visit of the delegation of the Parliamentary Assembly of the Mediterranean, and “the group came to Israel to discuss joint interests related to the environment, energy, water and transportation,” Knesset Speaker Yuli Edelstein said earlier this week.