INEZGANE, Morocco - Do you like speed? Do you feel thrilled by roaring angry car engines rolling at utmost speed? Do you enjoy watching raging competition among the best of the best sports car drivers in the world? Then the Indianapolis Motor Speedway is your place. 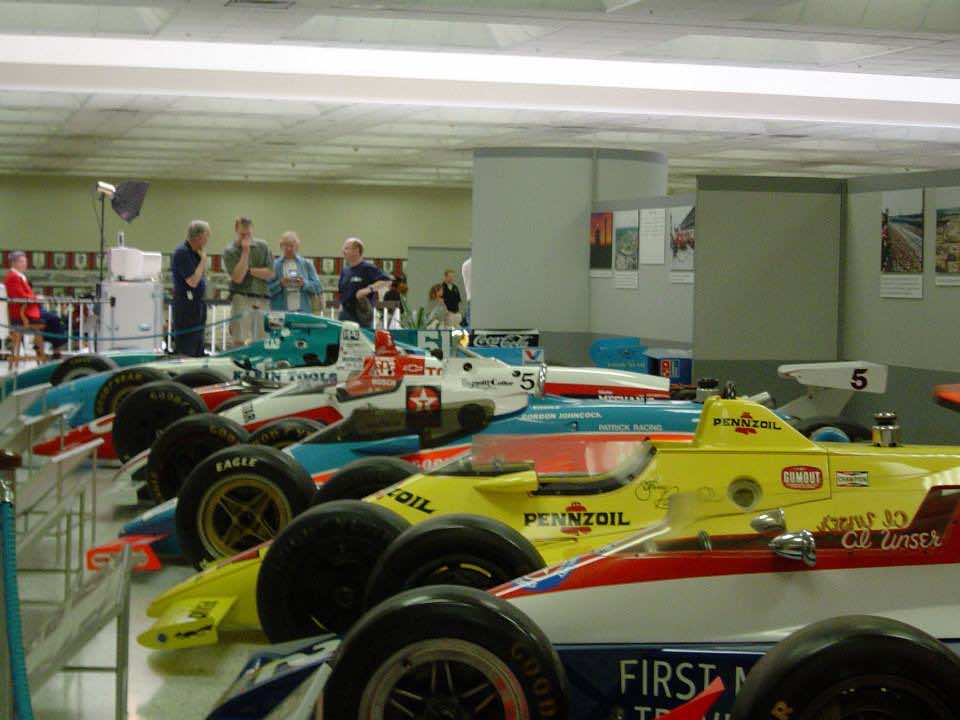 INEZGANE, Morocco – Do you like speed? Do you feel thrilled by roaring angry car engines rolling at utmost speed? Do you enjoy watching raging competition among the best of the best sports car drivers in the world? Then the Indianapolis Motor Speedway is your place.

I visited the Motor Speedway in 2005 and watched a film about the early stages in the making of this world renowned Motor Speedway.

I learnt that earlier to 1909 the spot was called the brick yard after a brick business that was set there during that era. In that spot a few miles out of Indianapolis back then, automobile constructors used to try their newly made brands and test their engineering products against those of rival automobile makers. The Indianapolis Motor Speedway was constructed in 1909 and has ever since been fulfilling its role of advancing car making technology and contributing to the elaboration of safety devices in the automotive field.

When comparing the Indianapolis Motor Speedway to other great monuments, it is stated that it can easily contain Churchill Downs, Yankee Stadium, the Rose Bowl, the Roman Colosseum and Vatican City altogether. For me as Moroccan, I thought it could almost offer seating accommodation to all Moroccans who took part in the Green March to recover the Moroccan Sahara. This world largest spectator sporting facility contains within its oval shaped property a golf course, I was told, and the Hall of fame I enjoyed visiting. 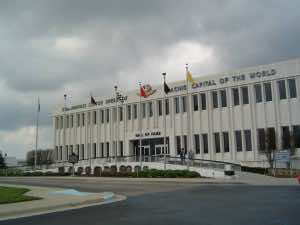 At the time of our visit (My American host and me), There was a group of German car fans or may be professionals at the Hall of Fame, I could tell because they were enthusiastically exchanging some “Deutsche Sprache” with one another. Different types of cars and motorcycles were on display, witnesses that competitions were not only “four wheeled” but “two wheeled” as well. There were also different sorts of trophies and photos of great events and champions who took part in the racing capital of the world.

Names of car racing legends such as Harroun, Foyt, Andretti, Unser, Mears, Gordon, Earnhardt, Schumacher and Rossi were highlighted in the Hall of Fame. We spent enjoyable, thrilling and inspiring moments inside the Hall of Fame Museum then it was time for us to take a bus ride round the racetracks. As we set off round the speedway, the bus driver told us once more about the early stages of the brick yard up to the present day Motor Speedway. He again mentioned the brickyard when we reached the final line which was coated in red bricks rather than asphalt; a reminder of the early days when the brick yard used to host early car races.

The bus driver told us also about the pacer car that is used to launch race competition by setting the pace then leaving the tracks for race drivers and their cars. The Indianapolis basketball team the “Pacers” has probably been inspired by the name given to the legendary pacer car and the legendary Indianapolis car races. In 2009 the Indianapolis motor Speedway celebrated its centennial. For over a hundred years now it has been “Racing Capital of the World” and a renowned world leader in motorsports entertainment. It is one of famous American icons, the greatest racecourse in the world and a Historic Place that was listed on the National Register of Historic Places in 1975.

The Indianapolis Motor speedway has developed a very rich tradition through the “400” and “500” world renowned car races. Angry car engines will keep thundering and roaring over the Indianapolis racetracks in the years to come and inflaming the spirits of race fans all over the world. Race car makers will also continue to take the challenge of designing and making technologically far safer and faster generations of race cars for old and new generations of race car fans to enjoy.