CAIRO- Egypt said Monday its ambassador to Tunisia will return after being recalled in September following the Tunisian president's call for the release of Egypt's deposed president Mohamed Morsi. 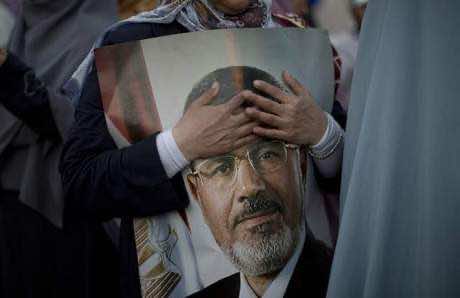 CAIRO- Egypt said Monday its ambassador to Tunisia will return after being recalled in September following the Tunisian president’s call for the release of Egypt’s deposed president Mohamed Morsi.

Ayman Musharafa was recalled “because of Tunisian officials’ unacceptable interference in the internal affairs of Egypt,” Egyptian foreign ministry spokesman Badr Abdelatty said in a statement.

He said Cairo “has decided to return its ambassador and hopes that the situation will be stable in the interest of both the countries and their people.” Abdelatty did not say when Musharafa would return to his post.

On September 28, Cairo recalled Musharafa for “consultations” after Tunisian president Moncef Marzouki demanded that Morsi be released, Egyptian state television had reported at that time.

Morsi, Egypt’s first democratically elected president, was removed from power by the army on July 3 after mass protests against his turbulent one-year rule.

Morsi’s Islamist supporters have since staged demonstrations against the army and demanded his reinstatement.

Their protests have often turned violent and more than 1,000 people have been killed, mostly Morsi supporters. The violence peaked on August 14, when security forces moved in to disperse large protest camps in Cairo, setting off clashes.

Hundreds of people, mostly demonstrators, were killed. Turkey had also recalled its ambassador to Egypt amid the bloodshed, prompting Cairo to withdraw its envoy from Ankara.

Turkey’s ambassador, however, has returned to Egypt, but Cairo has yet to return its envoy to Ankara.