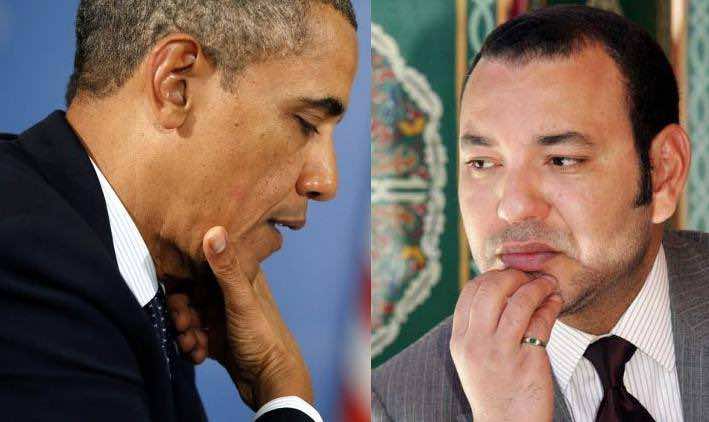 President of the United States

Today the Moroccan people celebrate the 58th anniversary of the their country’s independence. But this independence is still not complete yet, as an the undisputable sovereignty of Morocco over an integral part of its territory is still subject to unfounded claims.

In recent colonial history, the Sahara was geo-politically misnamed Western Sahara for obvious colonial reasons. Yet, undeniably for centuries of rich traditions, the Sahara was linked to the Moroccan Kingdom through allegiance by its different tribes. “Allegiance” in Islamic cultures and societies was the equivalent of voting nowadays. This territorial unity changed in the late 19thand early 20thcenturies when colonial France and Spain divided amongst themselves the Moroccan Kingdom as they expanded in Africa.

When Morocco obtained its independence from France in 1956, the Sahara and other territories were still under Spanish control. Morocco’s official claim to the Sahara began before the UN started at the height of the colonial power’s physical withdrawal known as decolonization in the 1950’s and 1960’s. Morocco was the only stakeholder with respect to the sovereignty of the Sahara. Morocco was the only country that had brought this question to the consideration of the United Nations Special Political and Decolonization Committee. It was at the persistent and assertive insistence of Morocco that the UN body included the Sahara on the list of non-self-governing territories that needed to be freed from the yoke of colonialism.

It was not until 1973 that the Polisario — during the context of the cold war when Algeria and Libya’s Gaddafi and other non-aligned nations used the Sahara as a strategic geopolitical conflict zone — appeared on the scene, and claimed to be the sole and legitimate representative of the Saharawi population from a strictly political secessionist claim fueled by the cold war. An unnecessary war pitted Morocco against the secessionist Polisario from 1976 to 1991. In 991, the United Nations undertook to negotiate a solution to end this dispute.

Yet after a decade of unsuccessfully trying to organize a referendum in the Sahara, because the two parties could not agree over the eligibility of voters, the United Nations began calling on the sides to find a durable and mutually acceptable political solution.

Morocco presented an Autonomy Plan in April 2007, which was hailed by the United Nations Security Council as a “serious” and “credible” solution to end the conflict. Deeply entrenched in their cold war tradition to support the Polisario and undermine Morocco’s territorial integrity, countries such as Algeria, Cuba, South Africa and Nigeria persist in claiming that the only acceptable solution is through a referendum on self-determination.

Many experts, including the former UN Special Envoy for the Sahara, Peter Van Walsum concluded in recent years that a viable state cannot logically and possibly be established in the sparsely populated desert territory. Morocco has without a doubt assumed that responsibility for the region since 1975 and has invested billions of dollars in developing infrastructure and communities. There have been droughts and major natural calamities in the region, and the Moroccan Sahara has never been in the headlines for that matter. The structural transformation has been beneficial to the populations living in the region for the last thirty seven years. All one has to do is visit one of the Southern Provinces to see the result of Morocco’s efforts and investment.

Unfortunately, after several formal rounds of negotiations and nine informal rounds of talks since 2009, the UN approach to the conflict has seemingly reached its limits. This is due in part to the fact that the UN has focused only on full independence as the only way to achieve self-determination for the Sahrawi population while disregarding Morocco’s legitimate interests and other feasible ways to realize their autonomy, such as free association and [autonomy, which have proven the basis for resolving other disputes. The Moroccan autonomy plan, thus, is a compromise solution that can meet the claims of both sides – keeping the territory within the Moroccan state while also allowing for the population’s self-determination.

It is time for the UN to exercise due diligence and chart a new course for Morocco and the Sahara.   We call for a real and positive involvement by the US.

One fallacy today for the international community’s approach to resolving this long-standing conflict is to treat it like many of the other former European colonies in Africa and Asia by establishing the newly independent countries on the basis of their arbitrary colonial borders. While this may have been convenient, especially where there was less history of previously defined nation-states, in geo-political terms Morocco has more to deal with than just a haphazard division that the colonial powers previously agreed upon. This issue needs urgent resolution, among other things, to avoid the region becoming a breeding ground for Al Qaida North Africa and putting Morocco on a collision course with international terrorism. The concept of territorial “independence” clearly does not apply in the case of the Sahara and Morocco.

As Moroccan-Americans, we call upon your trusted voice of wisdom and the power it commands to actively intervene on behalf of Morocco with the long held traditions of cooperation to end the stalled negotiations, so that Morocco can move forward with a resolution to this longstanding destabilizing issue. The importance of doing so has become even more apparent with the dangerous and destabilizing challenges facing the Maghreb and the Sahel, chief among which is the spread of criminal and terrorist activities by Al Qaida North Africa Network.

The challenges facing Mali must serve as wakeup call to world communities and world leaders that this region needs the attention and the commitment of the international leadership. The lack of state authority resulting from the longstanding dispute, and the miserable conditions of the approximate 80,000 people who live in almost total seclusion in the Tindouf camps in Algeria, becoming progressively infested with Al Qaida operatives, leaves the territory and population vulnerable to terrorist and criminal networks lurking in the region. In October 2011, three humanitarian aid workers were kidnapped at the Polisario run camps by Al Qaeda in the Islamic Maghreb (AQMI).

It is urgent to see the conflict end. The need is pressing for Morocco to find a solution to the conflict with the Polisario.

In this regard, the Moroccan community calls upon you to weigh in at the Security Council and push for an urgent and immediate adoption of an approach that takes into consideration  Morocco’s vital national interest in the Sahara. However imperfect the Moroccan Autonomy Plan may be, it is in line with international law and the principles of self-determination. It constitutes a basis for reaching a final solution to the conflict, as it offers a middle ground between independence and centralized government.

Some argue that Morocco does not respect human rights. However, Morocco is a country that received high praise for being a democratic model in North Africa and the Middle East. Morocco is on a positive track, and is working toward a greater commitment to human rights, and will respect an autonomy arrangement for the Sahraouis.

With respect to the human rights record of the Polisario, Algeria and all other invisible geopolitical interests in the region, the Polisario still refuses to allow the UNHCR to conduct a census of the population in the Tindouf camps.

At this juncture, what the region of the Sahel and North Africa does not need is a failed and non-viable state that would eventually fall prey to criminal and terrorist organizations. What this region needs is the existence of states that are likely to preserve stability in the region.

On behalf of members of the Moroccan-American community, Moroccan residents in the US, and all Moroccans, we strongly urge that the United States play a positive and effective role in bringing this conflict to a conclusion in an equitable way that ensures Morocco’s national security and promotes stability in the region. Moroccans believe in your leadership to help facilitate this endeavor to a permanent solution the Sahara conflict.