CAIRO- Two police officers were injured late Monday in an attack on a church in Egypt's Gharbiya province, a security source said. 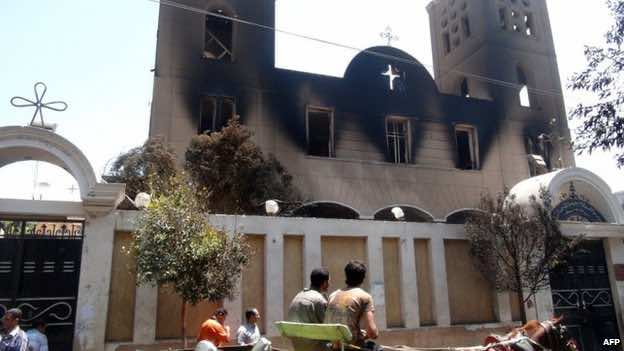 CAIRO- Two police officers were injured late Monday in an attack on a church in Egypt’s Gharbiya province, a security source said.

Security agencies have launched a manhunt for the attackers, he added.

The attack is very similar to the one that targeted the Virgin Church in the Giza suburb of Warraq last month.

Four people were killed and 18 others injured when two militants riding a motorbike had opened fire at a number of people emerging from a wedding ceremony at the church.

The October attack drew immediate condemnation from Al-Azhar, the highest seat of religious learning in the Muslim Sunni world, which slammed the attack as “terrorist” and asserted that attacks on churches are forbidden by Islam.

Egypt has been in a state of turmoil since the military ousted Morsi, Egypt’s first democratically elected president, on July 3 following mass protests against his presidency.

The unconstitutional change of government is described by Morsi’s supporters as a military coup, while his opponents describe it as a military-backed uprising.