New York- Just few days before the much anticipated meeting between King Mohammed VI of Morocco and President Barack Obama, nine US former Ambassador to Morocco addressed a letter to the American President urging him to lend support to the Kingdom in its path towards democracy and rule of law. 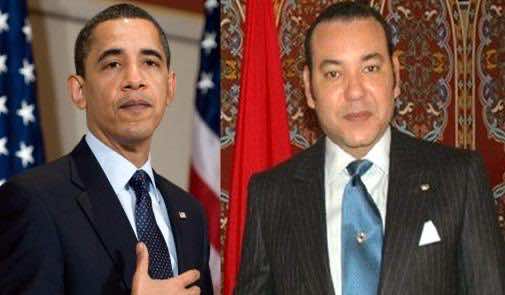 New York- Just few days before the much anticipated meeting between King Mohammed VI of Morocco and President Barack Obama, nine US former Ambassador to Morocco addressed a letter to the American President urging him to lend support to the Kingdom in its path towards democracy and rule of law.

The letter further calls on American President to accelerate the process towards solving the question of the Sahara in line with the Autonomy plan presented by the Morocco in April 2007.

While expressing their satisfaction and encouragement at Obama’s invitation to King Mohammed VI to visit the United States, the nine former US Ambassadors said that Morocco has been often “overlooked by the by US policy makers because it is not a “problem country.”

“There have been missed opportunities to help Morocco as a country in finding solutions for the region. We urge you to seize this opportunity, especially in these times of tumult and instability in the Middle East, North Africa, and the Sahel,” the US diplomats said.

The American diplomats stressed in their letter the efforts made by Morocco’s King in recent years to lead the country towards democracy, the rule of law, the respect of human rights, and in weathering the uprisings brought about by the Arab Spring.

“Despite instability in the region, King Mohammed VI has demonstrated a continuing commitment to guiding the country in the meaningful growth of democratic practice and the rule of law. Morocco weathered the chaos of the Arab Spring by further advancing its own reforms and making significant progress on human rights,” the stressed.

The letter calls for President Obama to support Morocco achieve its shared goals with the United States in terms of peace, security and the respect of human rights and contribute to ensuring stability in the region of North of African and the Sahel.

In this regard, they stressed that  the first step that United States should take is to support Morocco in its efforts to solve the long-standing Sahara conflict by “granting the territory broad autonomy under Moroccan sovereignty.”

“It is time for the US to make clear in the UN Security Council and elsewhere that this is the only realistic way to resolve this issue so that the international community can move on to more urgently needed solutions to the more pressing problems in the region,” they emphasized.

“It is also a crucial time for the US to assist Morocco with the implementation of its ambitious regionalization plan, which devolves substantial political power to democratically elected local officials and implements programs that will make it a model for others in the region,” they noted.