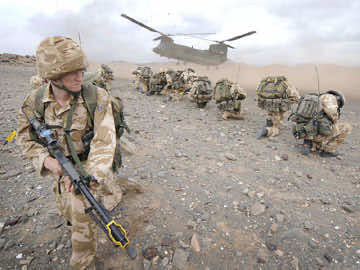 By
Jamal Saidi
-
Jamal Saidi is an English teacher.
Nov 19, 2013
Spread the love

Casablanca- Spaniards are angry over an ongoing joint military exercise between the Royal Gibraltar Regiment and the Royal Moroccan Armed Forces.

The Spanish discontent over the four week long exercise was  reported by the daily Spanish newspaper El Pais on Sunday.

The Spanish news outlet stated that the Royal Gibraltar Regiment has the primary mission of defending the Rock. For a period of one month the RGR will test the desert environment, tryout new weapons, and conduct sophisticated combat exercises, according to the same source.

Spain’s suspicion at the joint military exercise is of no surprise. Spain has yet to settle outstanding issues that have been left unresolved with both Morocco and Britain. It retains its occupation of Ceuta and Melilla, two Spanish enclaves within the borders of Morocco, while demanding sovereignty over Gibraltar.

On the other hand, the British Ministry of Defense  issued a statement  yesterday saying that The Royal Gibraltar Regiment is “strengthening Britain’s strong and longstanding diplomatic relationship with Morocco” through Exercise “Jebel Sahara,” according  to  Gibraltar Chronicle.

Codenamed, Jebel Sahara or the Mountain of the Desert, the joint military exercise is in its thirteenth year and takes place a few kilometers away from Marrakech. The operation involves 161 members of the Royal Gibraltar Regiment, including 49 from the UK, and 200 soldiers from the Moroccan Deuxieme Brigade d’Infanterie Parachutiste (2BIP), as reported today by the aforementioned independent daily.

British officials visited the joint training site. Among them was the British ambassador to the Kingdom of Morocco, Clive Alderton, and Defence Attaché, Lt Col Simon Barnett, continued the statement.

Lt Col Simon Barnett is reported to have said that, “The bond between the two militaries is obviously strong at all levels, and at the very highest levels of the Moroccan Armed Forces they are keen to deepen this bond with the United Kingdom.”

He went on to add that, “ the Royal Gibraltar Regiment understands how the Moroccan military works, which is why their input is central to negotiations for any exercise planning in the region.”

The Chief Minister of Gibraltar, Fabian Picardo, also visited the training ground and reported to have expressed his praise for the depth of planning that had gone into the exercise and how well the two nations worked together to achieve their training objectives.

The Commander of British Forces Gibraltar, Commodore John Clink, depicted Jebel Sahara as “a fantastic opportunity for the Royal Gibraltar Regiment to be able to exercise in wider areas than what is obviously available in Gibraltar. He also highlighted that “This essential training opportunity is only achieved because of the excellent relationship the RG have with 2 BIP which stretches over thirteen years.” 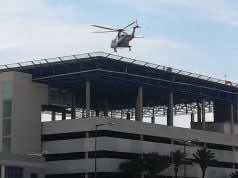 Soon, You Can Fly From Tangier to Algeciras in 10 Minutes by Helicopter 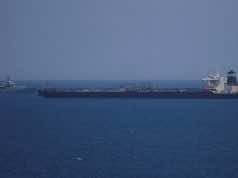 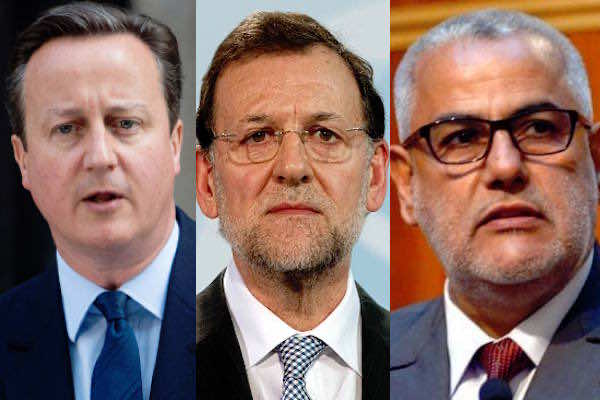 Can Spain Reclaim Gibraltar Without Returning Ceuta and Melilla to Morocco?