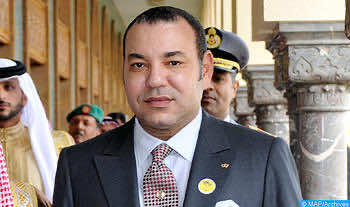 By
youssef sourgo
-
Youssef Sourgo is currently a Master’s student in Linguistic and Literary studies at Ain Chok Faculty of Letters and Humanities.
Nov 20, 2013
Spread the love

Casablanca- Many American voices deem King Mohammed VI’s work visit to the U.S. an important event in the history of the Moroccan-American partnership. The United States welcomes “a key ally who launched unprecedented reforms and placed his country on the path of true democracy,” wrote Forbes Magazine in one of its articles.

According to Richard Miniter, author of the article and a specialist in the Middle East and North Africa, “the Moroccan sovereign’s visit to the United States offers an opportunity to build the foundation for a renewed partnership between the two nations.

“Today’s visit by King Mohammed VI, a key ally in the War on Terror and a bold reformer, offers a rare chance to reset America’s foreign policy,” he said.

In the same article, the author points out that the “democratic” reforms implemented by King Mohammed VI are unique in their kind in the region as well as in the continent as a whole.

Miniter alludes to the constitution draft the Sovereign had proposed in July 2011, which Moroccan people overwhelmingly approved through a referendum.

“The king’s democratic reforms have been a rare bright spot on the continent. Under his leadership, Moroccan voters approved a new constitution in 2011 that specifically protects the rights of Jews, Christians and other religious minorities and included strong new protections for the rights of women,” the American journalist said.

The new constitution also strengthened the powers of the legislative body and the government, putting more emphasis on democratic transparency both in parliamentary and local elections.

It also allowed the press, Miniter argues, an unrestrained coverage of the political scene in its various aspects.

From a regional geostrategic perspective, Forbes Magazine’ author highlights the high range of holistic strategies implemented by King Mohammed VI to clog the road to religious extremism, manifested in acute rejection and fight against local and international terrorism.

“The king has personally paid for the training of imams in Morocco and Mali, to promote non-violence and tolerance,” he added.