Washington  -   King Mohammed VI, who was accompanied by Prince Moulay Rachid, arrived on Tuesday night in Washington for a working visit to the USA at the invitation of president Barack Obama. 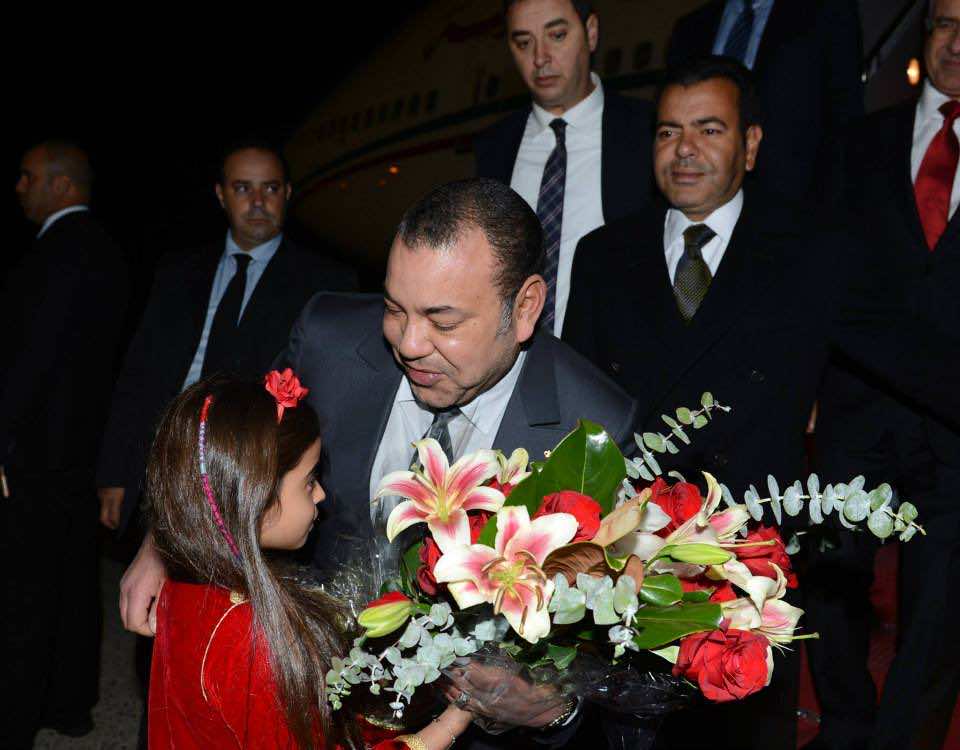 Washington  –   King Mohammed VI, who was accompanied by Prince Moulay Rachid, arrived on Tuesday night in Washington for a working visit to the USA at the invitation of president Barack Obama.

After reviewing the “US Joint Honor Guard”, the sovereign was welcomed by, Natalie Jones, Chief of protocol of the United States, Morocco’s ambassador to the USA, Rachad Bouhlal, Morocco’s ambassadot to the UN Mohamed Loulichki, Colonel Mohamed Anesrif, military attaché at the Moroccan embassy in Washington, Morocco’s general consul in New York, Mohamed Benabdeljalil and staff members of the Moroccan embassy in the US federal capital as well as by executives of various Moroccan representations in the USA.

The King was, then, greeted by the high-level delegation members.

The Sovereign waved at the crowds of Moroccans living in the USA who came to welcome him.

The visit, part of longstanding and historic ties linking the two friend countries for over two centuries, will give a new impetus to partnership existing between the two countries in various fields and consolidate the strategic dialog.

It will be an opportunity for the two countries’ leaders to exchange viewpoints on regional and international issues, improve the level of coordination on challenges facing the Middle East and North African region as well as dangers of extremism and terrorism and promote the development and stability in sub-Saharan Africa.