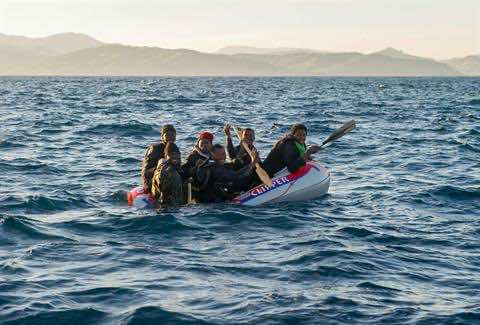 MADRID: Moroccan security forces drove back a crowd of about 1,000 migrants who charged at the border fence trying to climb into Spain’s north African territory of Melilla, Spanish authorities said on Wednesday.

“A very large group of about a thousand sub-Saharan immigrants” rushed to the fence and were “held back and dispersed by the Moroccan forces” overnight on Tuesday to Wednesday, the Spanish government delegation in Melilla said in a statement.

A video captured by night-vision security cameras and released by the Spanish Civil Guard showed the migrants in a long line moving towards the fence from the nearby hills where they were camped.

Driven back from the fence, the crowd headed towards a nearby border crossing but then retreated without trying to cross again, the government said.

Authorities say thousands of migrants have tried to reach Spain from Morocco this year by scrambling over the six-metre (19-foot) border fences or crossing the Mediterranean in flimsy vessels.

Several have died in the attempt but hundreds have made it across and ended up in overcrowded immigrant processing centres.

Melilla and Ceuta, another Spanish territory bordering northern Morocco, form the European Union’s only land borders with Africa. Each of the two towns has a population of about 80,000.

In a bid to ward off the migrants, Spain this month began putting barbed wire and “anti-climbing” mesh at points along Melilla’s 11-kilometre (seven-mile) border, drawing complaints from human rights groups.

About 3,000 migrants tried to scale the border fence around Melilla between January 1 and September 17, compared to 1,610 during the same period last year, Spain’s interior ministry says.

The Syrian civil war, conflicts in Mali and the unrest sparked in North African and Middle Eastern countries by the Arab Spring have added to migratory pressures on Spain, it says.

“This latest foiled attempt shows yet again the extreme migratory pressure on this town and the necessity to reinforce anti-intrusion measures,” said Wednesday’s government statement from Melilla.

Human rights groups say the migrants are brought to Morocco from other African countries by traffickers and camp in the wild while waiting for a chance to cross. 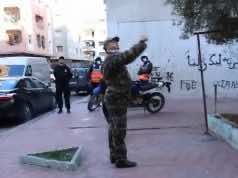 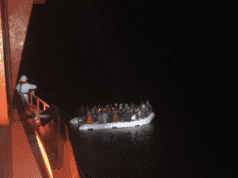 71 Migrants Rescued by Moroccan Navy Off Coast of Tangier