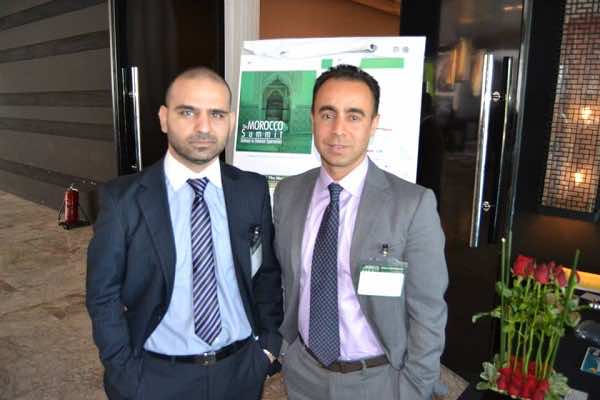 By
Aziz Allilou
-
Aziz Allilou is a student at the Higher Institute of Media and Communications (ISIC) and Morocco World News correspondent in Rabat.
Nov 20, 2013

Rabat- The second day of the Morocco Summit kicked off this morning in Rabat. The main subject of discussion  was how to improve economic ties between Moroccans residing abroad and their home country.

Economic experts and Moroccan investors gathered today in order to consider ways to solve investing challenges and obstacles that young, ambitious investors are currently facing in the country.

Mr. Hicham Elkoustaf, senior legal adviser of US-Arab Bilateral Chamber of Commerce, gave a practical real case of the difficulties faced by some members of Moroccan diaspora who are attempting to start businesses aimed at helping the Moroccan economy and create jobs in the country.

The senior legal advisers shed light on two obstacles is his experience as a lawyer: “First, investors who want to come back to Morocco have difficulties to raise capital. Second, the uncompetitive business environment complicates the integration of small businesses in the country.”

As case study, he spoke about the story behind the creation of Morocco World News.

”Morocco World News was created for two reasons: to challenge stereotypes in the U.S. about Morocco and to present to the world the real image of the country,” Mr. El Koustaf said.

“The other reason is to offer opportunities to Moroccan journalists who are facing the difficulty of finding opportunity, improve their skills and are seeking to get international exposure,” he added.

Mr. El Koustaf said that ” Morocco World News, was already reaching seven to ten thousand hits a day in its first year.  As a key strategy, MWN relies on a diversity of thoughts, the inclusion stakeholders with different backgrounds and an independent approach.”

“Now here is the dilemma: the entire initiative is self-funded,” Mr. Elkoustaf said.

“The two brothers, one of whom is a political analyst in the U.S., and of the leading Moroccan experts in the Sahara issue, are spending seventy thousand dollars from their own money, paying their journalists and all costs associated with the project…etc. Seventy thousand dollars may not seem a lot when it comes to investment. Yet, to individuals who are supporting their family and have created six jobs, It means a lot of money.”

Mr. Elkoustaf mentioned his experience as an Adviser to Morocco World News saying: “I’ve started to reach out to companies and individuals in the U.S. who may be interested in helping the initiative. Regrettably, We have gotten a better response from American companies and zero interest in funding this initiative in Morocco.”

Hicham Elkoustaf summarized  his speech adding that “the members of the Moroccan American community are committed to Morocco. They want to help but they also need the government’s and investor’s attention.”

“Initiatives, such as Morocco World News, which is trying to improve the image of Morocco and create jobs locally, deserve to be encouraged.”