CAIRO - Egypt's interim rulers on Thursday gave police the power to enter university campuses to quell demonstrations without seeking prior permission, state media reported, after a student was killed in clashes. 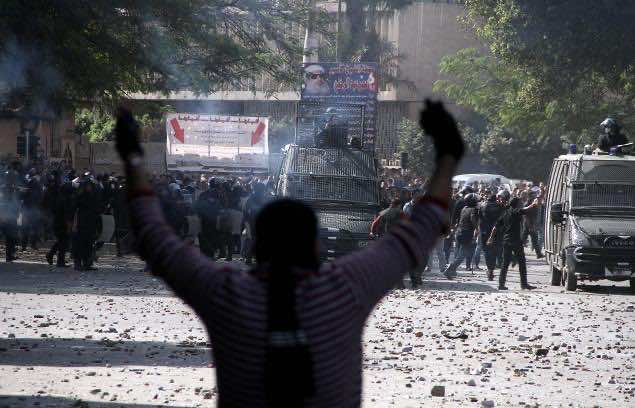 CAIRO – Egypt’s interim rulers on Thursday gave police the power to enter university campuses to quell demonstrations without seeking prior permission, state media reported, after a student was killed in clashes.

The military-installed cabinet said police could now enter campuses in case of “threats and to confront protests that could harm students”, state news agency MENA reported.

Police previously had to obtain permission from the prosecutor general or university heads before entering campuses or dormitories to deal with any outbreaks of protests or clashes.

The move came after a student was killed in clashes at a dormitory of Al-Azhar University in Cairo’s Nasr City district overnight, said a security official and a medic, who added he had been hit by birdshot in the chest and neck.

The clashes were between supporters and opponents of the military-installed authorities, security officials said, adding groups of students also confronted each other at Cairo University on Thursday.

Students supporting the new authorities and those opposing it have regularly clashed in Cairo and other universities since the army ousted Islamist president Mohamed Morsi in July.

The authorities are engaged in a crackdown on Islamist supporters of Morsi in which more than 1,000 people have been killed since the middle of August and thousands more have been arrested.