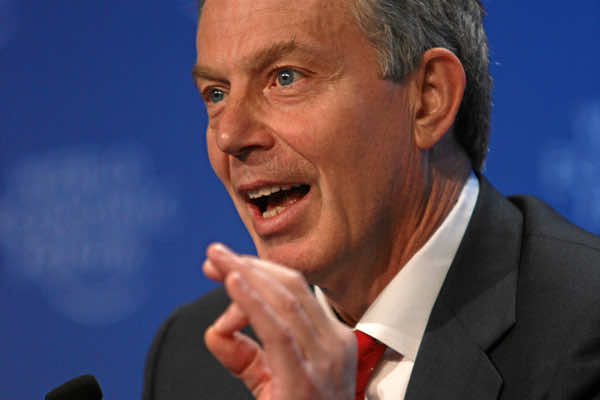 UNITED NATIONS  – Omitting the stereotypes about Islam, “it is important to acknowledge that within the Christian faith, the Jewish, Buddhist, Hinduism there can also be extremism”, former British Prime Minister said

A better education remains key and terrorism can only be defeated by cross-cultural understanding since security measures have unforeseen effects and will not succeed alone, former British Prime Minister Tony Blair told members of the United Nations counter-terrorism committee on Thursday afternoon.

“It is the most grotesque abuse of faith to commit acts of terror in the name of God,” Blair said in noting that religious extremism is “based on a wrong and perverted view of religion” and fills young minds with hate by exploiting political issues.

Talking to the reporters after the meeting, Blair who was asked about the “Islamists and terrorism,” said this is most frequently viewed in relation to Islam.

“Although I do think it’s important that we acknowledge that within other faiths as well, the Christian faith, the Jewish, Buddhist, Hinduism there can also be extremism,” Blair replied.

He also reminded that many of the victims of terrorism are indeed Muslims themselves.

Blair said all the actors in the joint efforts to devise the most appropriate strategy of fighting terrorism and addressing its causes, — should remind themselves of the simple but common human values. That includes “the love for your neighbor, compassion and social justice are common to all the world’s major religions,” he said.

Former British PM also pointed intellectuals per se should be more active, since it is “a sobering fact that many highly educated individuals are involved in religious extremist activity.”

The research clearly shows, as Blair pointed several times, “a link between a lack of cross-cultural education and religious extremism.”

“We must educate about diversity and difference, about tolerance and respect, in the same way as we teach humanities, sciences and languages,” Blair said.

He noted said there is an ongoing struggle for “the hearts and minds of those with low levels of religious and cultural literacy,” to be included in better understanding of the root causes of the problem.

Education is the answer, Tony Blair concluded, saying also: “Not just any education, but education specifically for the open mind.”