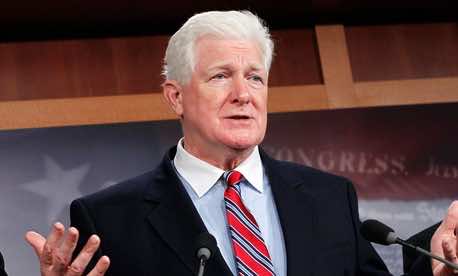 By
youssef sourgo
-
Youssef Sourgo is currently a Master’s student in Linguistic and Literary studies at Ain Chok Faculty of Letters and Humanities.
Nov 23, 2013
Spread the love

Addressing the President of the Lower House of Congress, Jim Moran said: ” I am delighted to wish, on behalf of my fellow Republicans and Democrats, to welcome His Majesty King Mohammed VI in Washington,” stressing that “the promotion of good relations with Morocco has long enjoyed a bi-partisan support.”

“On Friday, November 22, His Majesty the King will hold talks at the White House with President Obama to deepen the strategic partnership and the historic friendship between the two nations,” said Mr. Moran.

This long-aged friendship goes back to 1777, when Sultan Mohammed III “was the first Head of State and Morocco the first country to recognize the young republic of the United States of America,” added Mr. Moran.

He also recalled that Morocco was the first country to sign a Treaty of Peace and Friendship with the United States, a document that was signed by future presidents at that time, namely John Adams and Thomas Jefferson, in 1786, and was ratified by the Senate of the United States in 1787.

“It was the first treaty ever to have been ratified by the upper house of the U.S. Congress,” noted Mr. Moran.

“Since the “historic” treaty was signed, relations between Morocco and the United States have continuously been consolidated,” said U.S. congressman, recalling in this regard that during the First World War, Morocco was aligned with the Allied Forces, and Moroccan soldiers fought valiantly alongside American soldiers in Chateau Thierry, Mont Blanc and Soissons, from 1917 to 1918.

“Just like during the second World War, the Moroccan soldiers helped American and British troops in the region,” recalled Mr. Moran.

In 1956, Mr. Moran pinpointed, President Dwight Eisenhower sent a letter to the late King Mohammed V, in which he wrote:”My government renews its vows of peace and prosperity for Morocco.”

The late President Eisenhower assured the monarch that Morocco “will be a strong ally against the spread of communism in the area,” explained Mr. Moran.

On another note, the U.S. congressman recalled that the United States is bound by a free trade agreement with Morocco, adding that in September 2012, the two countries launched a strategic dialogue—the first ever to have been initiated with a Maghreb country—with the aim to promote political, economic and security interests, as well as cultural and educational projects.

“Both the House of Representatives and the Senate majority have signed letters of support of Morocco’s willingness to resolve the Sahara issue on the basis of the autonomy plan in the framework of the Kingdom’s sovereignty,” also recalled Mr. Moran.

“In 2009, no fewer than 244 members of the Lower House signed a letter supporting Morocco’s solution to the conflict,” he explained adding, “the following year, 54 senators signed a letter expressing their support for the Moroccan autonomy plan, and the kingdom’s openness for negotiations to end the conflict in the Sahara.”

This “rich history of friendship and cooperation is marked by His Majesty King Mohammed VI’s visit to the White House,” stated the congressional representative.

While reiterating his welcome to King Mohammed VI on behalf of his colleagues in Congress, Jim Moran said he was “deeply convinced that the Royal visit will strengthen the special relationship between the two nations.”