CAIRO- Dozens of Egyptian film-makers on Saturday slammed their representative on a panel revising the constitution for failing to oppose an article in the basic law allowing military trials of civilians. 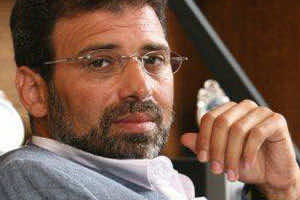 CAIRO- Dozens of Egyptian film-makers on Saturday slammed their representative on a panel revising the constitution for failing to oppose an article in the basic law allowing military trials of civilians.

A 50-member committee is revising the constitution that was adopted in late 2012 under the presidency of Mohamed Morsi but later suspended after his ouster in July by the army.

On Saturday, film-makers criticised well-known Egyptian movie director Khaled Youssef for failing to prevent the adoption of an article that allowed military trials of civilians in the constitution that is still being revised.

The panel, set up by Egypt’s new interim rulers, has to approve the final draft of the revised constitution by vote which would later be submitted to interim president Adly Mansour.

Dozens of angry film personalities took to Facebook to express their views about Youssef.

“We reject any constitution that authorises the military trials of civilians, and Khaled Youssef does not represent us,” they said, adding that he was “imposed by the authorities” to represent film-makers on the panel.

Sisi also announced the suspension of the constitution and launched a political transition that envisages a referendum on the revised basic law by the end of December.

Film-makers say Youssef’s position came as a “surprise” as they also denounced “oppression by military judges…violations of prisoners rights… and torture” and the acquittal of policemen who carried out “virginity tests” on female protesters under the military junta’s rule in late 2011.

The suspended constitution allowed the military to try civilians accused of “harming” the armed forces.

Rights groups have repeatedly condemned the increasing military trials of civilians since Morsi was toppled.

Such trials have already seen sentences against three journalists and a member of the Muslim Brotherhood who was sentenced to life imprisonment.