BENGHAZI, Libya - Gunmen on Saturday shot dead a former member of Moamer Kadhafi's security services in eastern Libya, in the latest violence to hit the region, an official said. 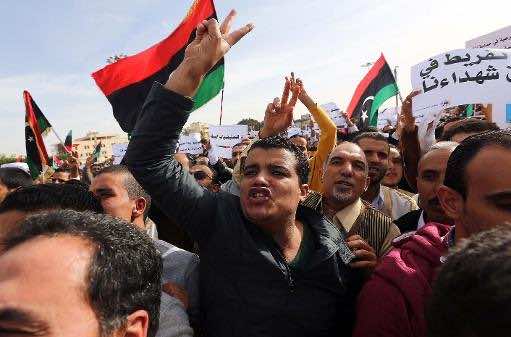 BENGHAZI, Libya – Gunmen on Saturday shot dead a former member of Moamer Kadhafi’s security services in eastern Libya, in the latest violence to hit the region, an official said.

Unidentified men with assault rifles gunned down Fares al-Zarruk in a busy street in the centre of Derna, a town that has been hit by mounting deadly unrest, the security official said.

Zarruk died on the spot and his attackers fled, the official told AFP.

Since last Saturday a judge, a tribal chief and two traffic policemen have been killed in Derna near Libya’s second city Benghazi, the epicentre of the 2011 uprising that toppled Kadhafi’s regime.

Most of the violence is blamed on Islamists whose influence has grown since the revolt in which Kadhafi was also killed.

Some of them rose from the ranks of rebels who helped overthrow and kill the veteran dictator.

Since the end of the uprising the ex-rebels have banded into militias, carving their own fiefdoms in a country awash with weapons looted from Kadhafi’s arsenal.

The government has struggled to stamp its authority and repeatedly called the ex-rebels to lay down their weapons or integrate into the armed forces, to no avail.