Bordeaux - The National Observatory against Islamophobia has revealed today a 11.3% increase of Islamophobic acts over the first nine months of the year, compared to the same period in 2012. 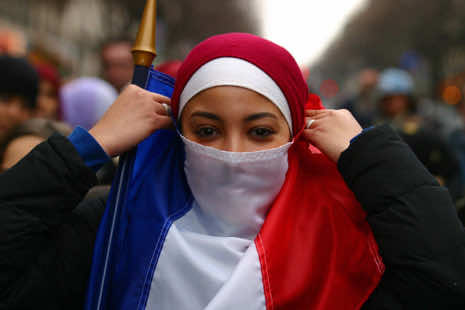 Bordeaux – The National Observatory against Islamophobia has revealed today a 11.3% increase of Islamophobic acts over the first nine months of the year, compared to the same period in 2012.

In a statement released today, the Observatory lists 157 Islamophobic acts that have occured between January and September 2013. It had recorded 141 in the same period last year. This number includes actions and threats, and the Observatory is particularly worried about women wearing the veil being attacked.

In June, a 21 year-old woman was attacked near Paris and suffered a miscarriage as a result of the aggression.

“After a lull during the summer, the numbers are rising again in October and November,” regrets the President of the Observatory, Abdallah Zekri.

The figures provided by the Observatory concern “only acts for which the victims pressed charges,” said the Observator. Therefore, they do not reflect the actual number of Islamophobic acts occuring in France.

Indeed, the Observatory explains that many Muslims are reluctant to turn to the authorities when they are targeted. It is also concerned about “cyber-hate,” mentioning that lies about Islam and Muslims posted on social networks are increasing and promoting hatred.