NAIRO – While supporting the voluntary repatriation, some leaders from the Somali community in Kenya have expressed concerns that the process would disrupt many lives. 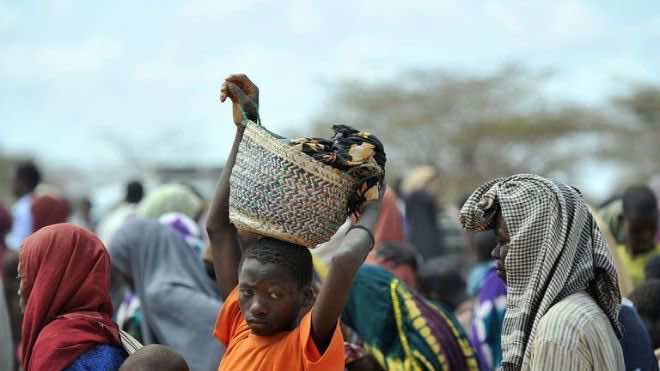 NAIRO – While supporting the voluntary repatriation, some leaders from the Somali community in Kenya have expressed concerns that the process would disrupt many lives.

“Many of us agree the situation in Somalia has improved,” Mohamed Bashir, a politician and businessman, told Anadolu Agency.

“But these refugees have lived in Kenya for a long time,” he noted.

“They have married and have children, some of them in schools. The process needs care,” Bashir asserted.

The Kenya government has launched the process of repatriating hundreds of thousands of Somali refugees from the Dadaab Camp in Kenya’s North Eastern Province.

“There is no turning back,” Interior Cabinet Secretary Joseph Ole Lenku said Saturday after touring the camp.

“We have hosted our brothers from Somalia for more than two decades and the return to rebuild their country is both in Kenya’s and Somalia’s interest,” he added.

“We have reached a point of no return but it will not be forced repatriation as the process is based on consultation and agreement.”

Two weeks ago, the Kenyan and Somali governments signed an agreement on the voluntary repatriation of Somali refugees.

The move followed increasing fears that the refugee camps have become recruitment grounds for the Somali militant group Al-Shabaa.

The group has claimed the September 21 attack on Nairobi’s Westgate mall, which left 67 people killed and more than 200 injured.

Asha Abdi, 19, was born and brought up in Kenya after her parents fled to Kenya following the overthrow of then Somalia President Mohammed Siad Barre.

She says she has never been to Somalia and will not know what to do if sent there.

“I have been studying in Nairobi and most of my friends are here,” Abdi told AA in an interview.

“My parents back in Garissa are worried and I am worried too as this process will disrupt my education.”