CAIRO- Egypt's government will start cutting fuel subsidies before it leaves office next year, prime minister Hazem al-Beblawi said Sunday, but the ambitious reform hinges on an end to the country's turmoil. 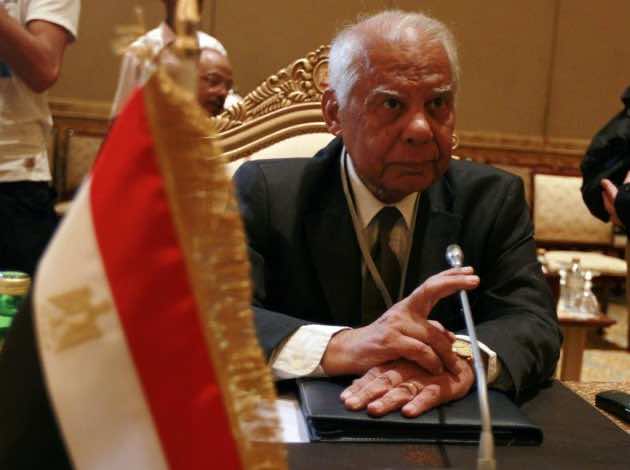 CAIRO- Egypt’s government will start cutting fuel subsidies before it leaves office next year, prime minister Hazem al-Beblawi said Sunday, but the ambitious reform hinges on an end to the country’s turmoil.

Beblawi’s government, installed by the military after it overthrew president Mohamed Morsi in July, contends with a determined Islamist protest movement that the prime minister accused in an interview with AFP of trying to create a “crisis” in Egypt.

According to the government’s timetable, a referendum is to be held on a new constitution within the next two months to be followed by parliamentary elections in mid-2014 and then presidential polls.

Although long a demand of international lenders, no Egyptian government has sought to aggressively tackle the bloated fuel subsidy programme for fear of igniting unrest.

“It is unsustainable, the kind of subsidies we are incurring,” said Beblawi of the programme that eats up a fifth of the budget just on energy support.

“It is not only high but it is increasing. We have to face it squarely and make drastic decisions,” he said in the interview.

“I would imagine that this government before its mandate in the last two months should arrive to a programme for the coming five or seven years and try to implement the first phase,” he said.

“But this phase should be reasonably moderate, acceptable.”  In a country with an unemployment rate of 13 percent, mostly men aged between 15 and 29 years, and where 40 percent of the population lives below the poverty line, reducing government support for basic goods could lead to further turmoil.

“You need to go very carefully, because the success of such a programme will depend to a great extent on the implementation of the first phase,” said Beblawi.

“So the first phase must be real, but also acceptable. Because if it fails, no one will dare to do it again,” he added.

The initial phase would not affect fuel subsidies and “not hit the lower strata of the population,” Beblawi said.

Beblawi’s government is scheduled to leave office after a new president is elected, with polls to take place sometime around June.

“If we have a very smooth referendum, a successful one, and then parliamentary (elections), it will encourage the government to be bold enough.”

Egypt’s economy has seen weak growth since the 2011 uprising that ousted longtime dictator Hosni Mubarak, and has been pushed to the edge with Morsi’s overthrow.

At least 1,000 people, mostly Islamists, have died in clashes with police and soldiers and thousands arrested since Morsi was toppled in July.

Beblawi said Egypt, which is heavily dependent on tourism, has lost around $20 billion in tourism revenues and investment due to political instability and unrest.

The Islamists have meanwhile continued their protests, which often turn violent in clashes with police or rival protesters.

“This will continue for some time, but there is always an end when they see that it is not working,” he said.

Morsi’s government, which lasted only a year in power, was deep in talks with the International Monetary Fund for a crucial $4.8 billion loan before the Islamist’s overthrow.

Beblawi’s government halted the talks for now, partly to avoid the aggressive reforms demanded by the IMF, and opted for a Gulf-funded economic stimulus package of almost $3.7 billion.