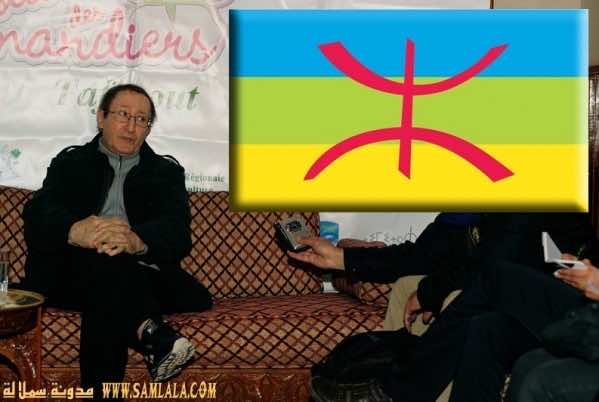 By
Larbi Arbaoui
-
Larbi is a freelance writer and assistant editor at Morocco World News.
Nov 25, 2013

Taroudant- Famous Algerian singer called for the independence of region of Kabiliya, noting that Algerian Tamazight can’t live their culture or their identity under Algerian sovereignty.

In an interview with Hacen Hireche for BRTV on the issue of the officialization of Tamazight, France-based singer Idir said that Amaizgh “must no longer claim it. It must rather be. It must exist.”

“There many forms of governance that have been called for like regionalisation, federation, and autonomy, but now it makes sense for me to lead to the concept of independence because we can neither live our culture nor our identity so the last reasonable way is to separate,” he said.

Algerian singer draws on his Amazigh culture to defend the officialization of Tamazight, adding that while in Morocco Tamazigh has already been made an official language, Algerian authorities still refuse to follow on the same path.

“Morocco has already officialized Tamzight and Libyans are on the same path, but in Algeria they don’t like that,” he said.

In response to a question about the name officially attributed to the Maghreb “union Maghreb Arab”, Idir replied that this name (the Arbic Maghreb) is a sign that the Arabism is still “carrying on its mission.”

“The name actually attributed to this region doesn’t respect the diversity in ethnicity of the region, as there are Christians, Jews etc,” he said.

He questioned the credibility of the official article that says Algeria is an Arab state, adding that Arabs if they even exist in Algeria, they are not real Arabs, they are Arab-speaking, not real Arabs.

On the other hand, he called of the establishment of a secular state, adding that the state should not have a religion, nor dictate to people what religion they should embrace.

“The state should guarantee the right of individuals to believe in what they want. Those who want to be Christians, Buddhists or Muslims etc, should have the right to do so, and it is not up to the state to enforce the religion of citizens,” he said.

“The state should not have a religion, the state is permanent and eternal, it has no religion and is the guardian of institution,” he noted.

Idir has always used his Amazigh music to claim the Amazigh identity of his fellow Algerians in particular and that of the Amazigh people in general.