A nuclear deal between Iran and world powers has blunted Israel's military threats against Tehran but the Jewish state can still exert pressure on its arch-foe through diplomatic and intelligence means, analysts say. 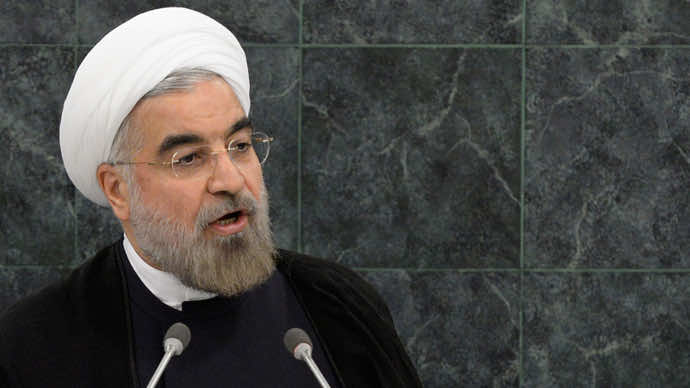 A nuclear deal between Iran and world powers has blunted Israel’s military threats against Tehran but the Jewish state can still exert pressure on its arch-foe through diplomatic and intelligence means, analysts say.

Iran agreed to curb its nuclear programme for the next six months in exchange for limited sanctions relief following marathon talks with the five permanent members of the UN Security Council plus Germany in Geneva that ended Sunday.

Israel’s shrill response to the deal saw Prime Minister Benjamin Netanyahu emphasise the Jewish state was “not bound” by the agreement and would strike Iran if necessary to stop it reaching atomic weapons capability.

But experts say the Geneva deal has taken the military option firmly off the table, at least for the six-month negotiating period.

“As long as the international community is moving into this six-month period where there’s supposed to be a negotiated comprehensive deal, it’s hard to believe Israel would take action,” said Dr Emily Landau of Tel Aviv University’s Institute for National Security Studies.

“Netanyahu has said a nuclear agreement is not binding for Israel, which reserves the right to defend itself by itself.

“But the real chances of (a military strike) happening after an agreement which effectively sides the entire international community with Iran, are significantly less than they were yesterday,” he said.

“The fact an agreement was signed between Iran and the P5+1 countries will make it hard for Israel to act on its own.”

Israel has other options

However, this does not leave Israel with no options whatsoever, since the interim deal paves the way for further negotiations whose success remains to be seen.

“In terms of (US President Barack) Obama’s project of putting time on the clock and not allowing the Iranians to move forward with their nuclear programme during the months of negotiations, the deal is more or less something that can be lived with (for the Israelis),” Landau said.

Under the deal, Tehran will limit uranium enrichment — the area that raises most suspicions over Iran’s nuclear programme — to low levels that can only be used for civilian energy purposes.

In return, it will get $7 billion (5.2 billion euros) in sanctions relief.

“What we’ve seen over the past weeks (in terms of talks) will seem quite easy compared to how future talks will be,” Landau said.

“It’s not a great deal, but it’s not a disaster either.”

Dr Uzi Rabi, an Iran specialist at Tel Aviv University, said Israel might use the interim period to put Iran under diplomatic and intelligence pressure.

“This represents a six-month period where the Iranians are going to recover economically,” he said.

“Israel now needs to start thinking, how are we going to cope.

“This could include a concerted intelligence effort to expose the military dimension of Iran’s nuclear effort, or to expose any violation by Iran of the terms of the agreement.”

And any slip up by Iran would make it easier for Israel to push once again for military action in the long term, said Guzansky.

“International legitimacy (the green light from world powers) is not the main consideration of Israel if and when it considers striking an Iranian nuclear facility,” he said.

“The backing of the US and other countries would be important, and Israel would find it hard to act without at least their ‘yellow light’.

“But if and when the Iranians cheat — they’ve cheated before, and might do so again — and then Israel will have the legitimacy to use other means and to say, I told you so,” said Guzansky.

In the meantime, the diplomatic effect of the deal could see Israel and the US’s Arab allies finding more in common, despite their past enmity, the analysts said.

“When you talk about alliances now in the Middle East, (Israel, Saudi Arabia and the UAE) is a tacit alliance,” Guzansky said.

“Those countries are even more concerned about Iran than Israel is.

“The next six months will be a test for US-Israeli relations and US-Arab relations.”

“The Saudis are furious about what’s going on. It seems many American allies in the region have reasons to be annoyed,” he said.

“Shifting alliances is the best way to describe the situation.”