ALGIERS - Algeria must control its public spending and reduce its dependence on hydrocarbons or risk runaway debt levels in the long run, the International Monetary Fund warned on Monday. 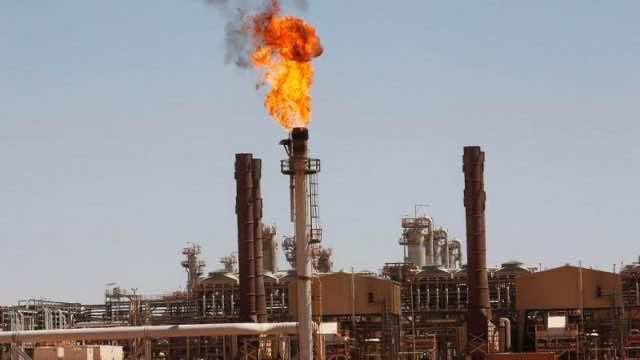 ALGIERS – Algeria must control its public spending and reduce its dependence on hydrocarbons or risk runaway debt levels in the long run, the International Monetary Fund warned on Monday.

The OPEC country needs to “strengthen its non-hydrocarbon revenues, control its current expenditure and maintain its public investments,” Zeine Zeidan, head of the IMF mission to Algeria, said at the end of a two-week visit.

“If it maintains the same level of spending in the long term, debt levels could reach 100 percent of GDP,” he told a news conference, urging greater control in particular of “social and wage policies”.

Describing the results for 2013 as “satisfactory”, notably because of fiscal consolidation, the fund urged Algeria to continue along the same path, adopting tighter rules, including an average retrospective oil price.

Inflation has fallen, to 4.5 percent in October, from historic highs of nearly 9.0 percent in 2012, according to the IMF.

But it said the economy was forecast to grow by 2.7 percent this year, down from 3.3 percent last year.

Zeidan called for public investment to stimulate the non-hydrocarbons sector, warning of the dangers of failing to diversify.

“Hydrocarbons production continues to decline while domestic consumption is growing rapidly, which weighs on exports,” the IMF official said.

Oil and gas exports account for around 97 percent of foreign currency earnings, despite the government’s long-stated commitment to developing the non-hydrocarbons sector.

Energy export earnings actually fell by around seven percent in the first half of 2013 from a year earlier.

To help reduce its hydrocarbons dependency, the IMF said Algeria must also boost private sector activity, by pushing through reforms to improve the business climate and lifting tight restrictions on foreign investment. The Rise of Dr. Slaoui and the Duplicity of the Moroccan Elite