Rabat - Every year on 25 November Amnesty International, like other human rights organizations in Morocco, commemorates the international day for the elimination of violence against women. 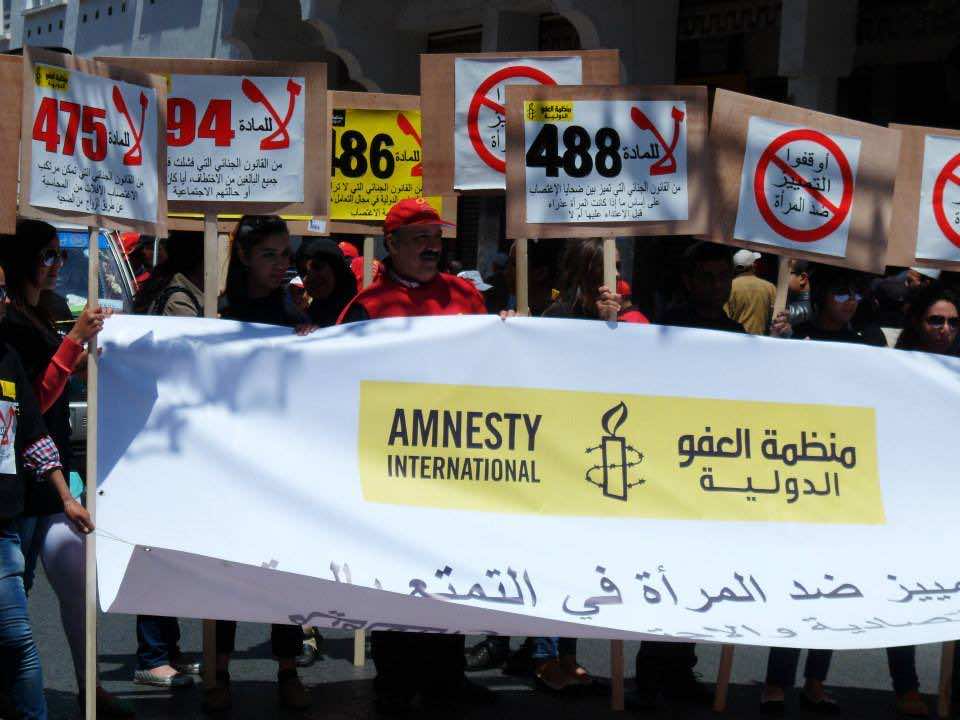 Rabat – Every year on 25 November Amnesty International, like other human rights organizations in Morocco, commemorates the international day for the elimination of violence against women.

Amnesty’s call is only a step in Amnesty’s continuing struggle to stop violence against women and to raise public awareness about the phenomenon and its effects on a woman’s physical, psychological and spiritual well-being.

The history of the day goes back to November 25, 1960 when three sisters were assassinated in the Dominican Republic for their opposition of Rafael Trujillo’s dictatorship. Under the pressure of women’s rights activists, the sisters received recognition in 1999 when the United Nations General Assembly designated November 25 as the International Day for the Elimination of Violence against Women  in the honor of the Mirabal sisters. 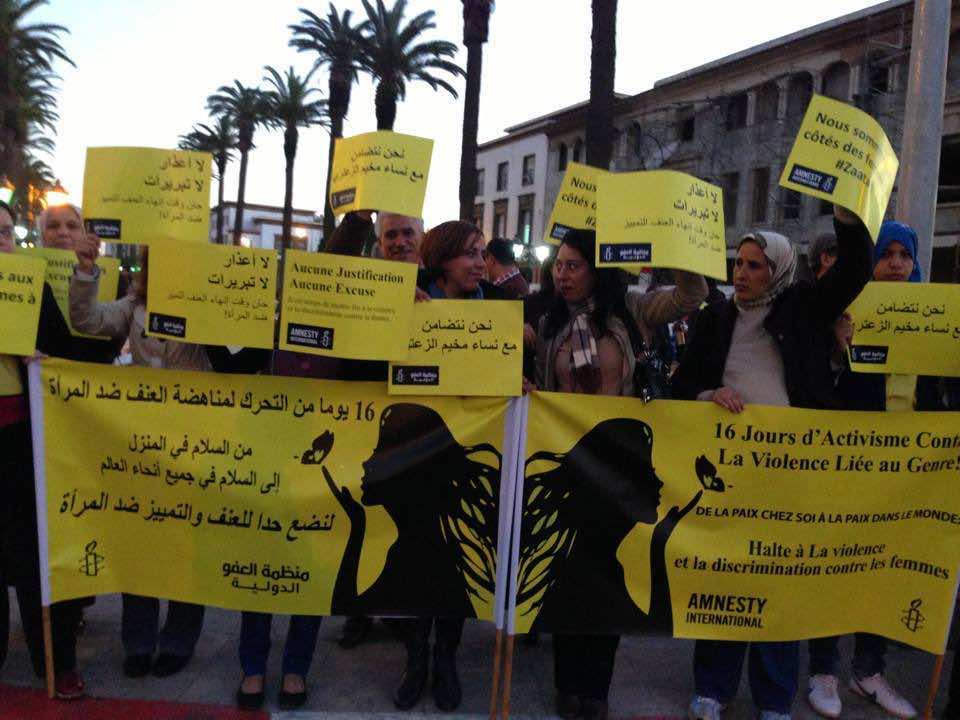 Amnesty members and supporters organized a protest today at 5 pm in front of the Moroccan parliament in Rabat to denounce all types of violence and discrimination women still face in Morocco. The participants raised different slogans demanding immediate end to violence without any justifications or excuses on the part of the government. In fact, Morocco like other Arab countries signed many conventions and treaties on women’s rights, but it still keeps some reservations due to social, cultural and religious reasons.

In a letter to Mr. AbdelIlah Benkiran, the head of the Moroccan government, Amnesty denounced the injustice  and oppression Moroccan women still face, and it urged him to amend few articles in the Moroccan criminal law to make it suit the international criteria of human rights. Amnesty also exhorts Mr. Benkiran to take necessary measures to ensure abstaining violence and discrimination against women according to article 5 of the United Nations’ convention. The latter aims to eradicate all forms of violence against women and provide protection for women victims of rape themselves and not only for their “honour” or “morals.”

Among the articles that Amnesty seeks to change in the Moroccan criminal law are:

Article 475: the rapist escapes punishment if he accepts to marry the rape victim.

Article 486: the definition adopted for rape does not take into account international standards in dealing with the crime of rape

Article 487: doesn’t recognize rape that happens inside the institution of marriage as a crime.

Article 488: distinguishes between rape victims on the basis of whether a woman is a virgin or not.

Article 494: fails to protect adults from kidnapping whatever their sex or social status is.

Article 496: criminalizes hiding or covering up of a married woman “fleeing  her caretaker’s authority.” This article means that anyone who shelters a woman who escaped from domestic violence may also face criminal penalties.

Today’s protest is just a part of Amnesty’s campaign against violence. The move will continue till December 10, 2013. This 16 days movement is an international campaign called “The 16 Days of Activism against gender violence.” Among the activities, Amnesty is organizing a seminar at the national library in Rabat on stereotypes based on gender.

Amnesty also circulates two petitions. The first is on stopping the physical and sexual abuse Egyptian women suffer from. The second is about protecting the dignity of Syrian women in refugee camps.