Alia al-Mahdi - notoriously known as the “nude poser” - stirred up more trouble when she derided the Muslim call to prayer on social media. 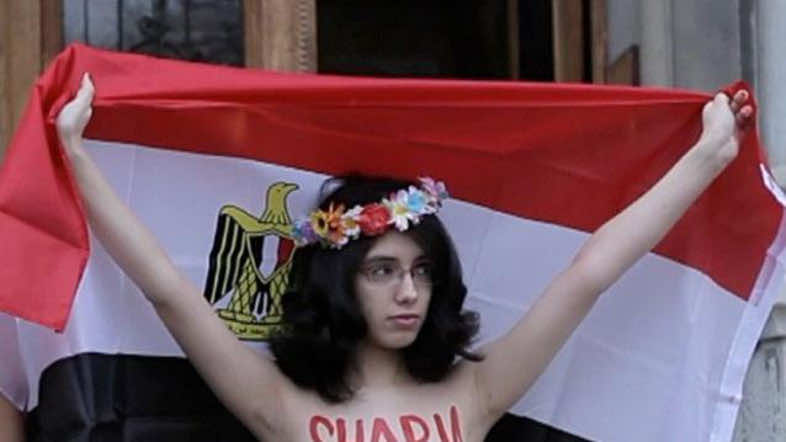 Alia al-Mahdi – notoriously known as the “nude poser” – stirred up more trouble when she derided the Muslim call to prayer on social media.

On her Facebook account, she published a picture of a fabricated call to prayer, which stated “woman is great ” instead of “Allahu Akbar” or “God is great.”

Mahdi’s Facebook posts have irked the Salafist preacher Sheikh Nasser Radwan, who called her statements “pure heresy” and that she should be tried for “defaming religion and insulting the Divine Being,” the Egyptian Veto Gate news website quoted him as saying on Sunday.

He also urged al-Azhar University – the center of Islamic learning for Sunnis – as well as the Interior Ministry, to “deal with Alia to stave off any controversy in the country.”

Meanwhile, Mahmoud Muhna, a member of al-Azhar’s council of senior scholars urged Egyptian authorities to send Mahdi – who he described as an “apostate” – to criminal courts.

In Islam, an individual who renounces his or her Muslim belief is considered as an “apostate” and should be tried according to Sharia, or Islamic law.

Mahdi started her protest against Islamist rule in Egypt by posing naked on the internet, a move she said she has never regretted.

However, despite the ouster of Islamist President Mohammad Mursi on July 3, Mahdi seems committed to keep crossing the what the country considers to be red lines.

Late September, she urged the Egyptian interim presidency to include a representative for those who do not subscribe to any religion in the panel currently preparing the country’s constitution.

In early 2013, she also posed naked when she participated in a protest by the International women’s movement FEMEN in Stockholm “to say NO to Sharia constitution in Egypt!”