CAIRO- Locked in a crackdown on the Muslim Brotherhood since president Mohamed Morsi's ouster, Egypt has launched a diplomatic offensive against the movement's foreign backers armed with funds from its old foes.

CAIRO- Locked in a crackdown on the Muslim Brotherhood since president Mohamed Morsi’s ouster, Egypt has launched a diplomatic offensive against the movement’s foreign backers armed with funds from its old foes.

In their first salvo soon after Morsi was toppled, the military-installed rulers took aim at Qatar — the only Gulf monarchy that openly supported the Brotherhood — by closing the Egyptian channel of Al-Jazeera television.

The authorities also detained some journalists working in Cairo for the Doha-based network.

In addition, officials said Cairo was willing to return to Qatar funds given to Egypt during the Morsi presidency.

But the main confrontation for the new authorities is a diplomatic one that has developed with Turkey.

The tussle began soon after Egyptian security forces broke up two camps of Morsi supporters on August 14 in Cairo, in what was the bloodiest episode in Egypt’s modern history.

A day later both Cairo and Ankara recalled their respective ambassadors, but while Ankara later sent its envoy back to Egypt, Cairo’s ambassador to Turkey stayed at home.

On Sunday, the two countries went a step further by reducing their diplomatic ties to the level of charges d’affaires.

Karim Bitar, a Paris-based analyst, said the row stems from “increasing Egyptian nationalism and bitter regional setbacks for Turkey, including in Syria, which has seen it lose influence” in the region.

‘Coup accepted in name of realism’

For Shadi Hamid, research director at the Brookings Doha Center, “Egypt’s ruling military leaders are clearly not tolerating any backing to the Muslim Brotherhood, either inside the country or outside.”

“Gulf countries like Saudi Arabia, Kuwait and the UAE have provided billions in aid to Egypt which is giving it the degree of latitude” in its diplomatic tactics which has even seen Cairo returning part of Qatari funds, he said.

Saudi Arabia and Kuwait announced they would give $9 billion to Egypt just days after Morsi’s ouster on July 3.

They even promised to make up for any shortage of military assistance Cairo normally gets from the United States.

In October, Washington suspended its annual $1.3 billion military aid to Cairo amid repeated criticisms of Egypt’s deadly crackdown on Islamists.

US officials, however, have refused to term Morsi’s ouster as a “coup.”

Hamid, the Brookings analyst, said Cairo’s public position on the United States or Europe was purely “rhetoric”, with both Washington and Brussels “unwilling to push for any confrontation with Egypt.”

“They don’t have that political will,” he said.

Bitar said many countries had already accepted what has happened in Egypt.

“Most other countries, apart from traditional supporters of the Muslim Brotherhood like Turkey and Qatar, have taken note of the new Egyptian situation and acknowledged the coup in the name of realism and due to their basic hostility towards political Islam,” he said.

Washington too is slowly stepping back from its earlier stance, with US Secretary of State John Kerry recently accusing the Brotherhood of “stealing the revolution” of 2011 that ousted long-time ruler Hosni Mubarak.

For Bitar the real challenge to Egypt is not any diplomatic isolation but the gradual loss of funds from abroad as “some Gulf countries have warned that the economic aid given to Egypt was emergency assistance and not intended to be a steady financial backing.”

“Going forward, the challenges for Egypt will probably be more economic rather than making the legitimacy of the new authorities acceptable internationally.”

Cairo University professor Mustafa Kamel al-Sayyed said it was this that made him feel diplomatic tensions with Ankara were only “temporary.”

Sayyed said Cairo was unlikely to aggravate ties with Qatar “where hundreds of thousands of Egyptians are working as expatriates because ultimately it could be those employees who pay the price.” 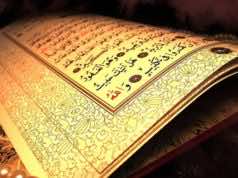 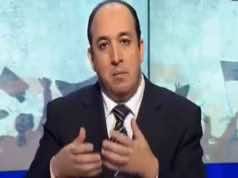