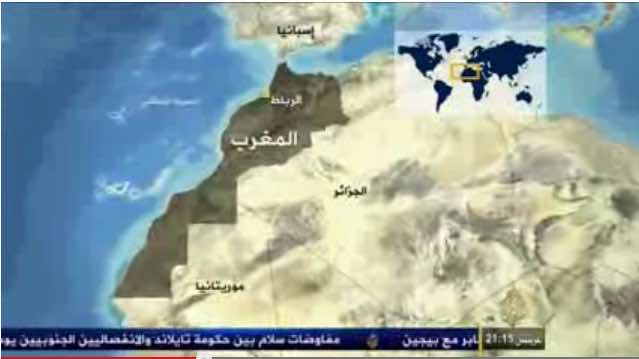 By
youssef sourgo
-
Youssef Sourgo is currently a Master’s student in Linguistic and Literary studies at Ain Chok Faculty of Letters and Humanities.
Nov 26, 2013
Spread the love

Casblanca- The new editorial board of the Qatari seems to displease the Front’s leaders. Ahmed Boukhari, the Front’s representative to the United Nations, is one of them.

According to Polisario news outlet Futurosahara.net, Boukhari explained that his decision was due in particular to the absence of the borderline separating Morocco and the Western Sahara in photos and illustrations featured in Al Jazeera’s reports, which was the case previously.

Indeed, in recent months, the channel has adopted a new approach to the Sahara issue, although not always consistent

The second reason, according to Boukhari is the short time the channel devotes to the Polisario Front, compared to the time it reserves to Morocco.

Ahmed Boukhari was however invited by Al Jazeera to comment on the visit of King Mohammed VI to the White House and President Obama’s praise of Morocco’s autonomy plan for the Western Sahara, proposed by the Kingdom in 2007. But Boukhari decided to decline the invitation.

Moreover, Polisario’s radical youth groups have leveled harsh criticism at Boukhari and his “unreasonable” policy, which, according to them, benefits mainly Morocco.

Apparently, Al Jazeera wants to distance itself from the Sahara conflict, a change that coincides with Prince Tamim’s succession to power in Doha, replacing his father, who had abdicated in his favor last spring in an unprecedented move in the history of the Arab world.

During the years of the reign of Emir Hamad, the chain’s own take on the issue was clearly inclined to the Polisario, a thing that is seen to be largely the cause of the closure of Al Jazeera’s office in Rabat.

Currently, we are witnessing the beginning of a “rebalancing” that is expected to be consolidated in the coming months, according to many experts.

It is noteworthy that the Emir Tamim had succeeded in 2010, during a visit to Morocco, where he met with King Mohammed VI, to reconcile Doha and Rabat. Since then, contact between the two leaders has been strengthened. This reconciliation seems to now upset the Polisario, which had for long enjoyed the same attention from the Doha’s information channel. 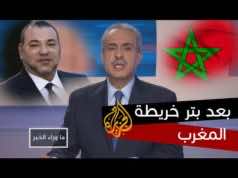