Beirut- Women in Syria have been raped in detention, used as human shields during military operations and kidnapped to pressure and humiliate family members, a new report said on Monday. 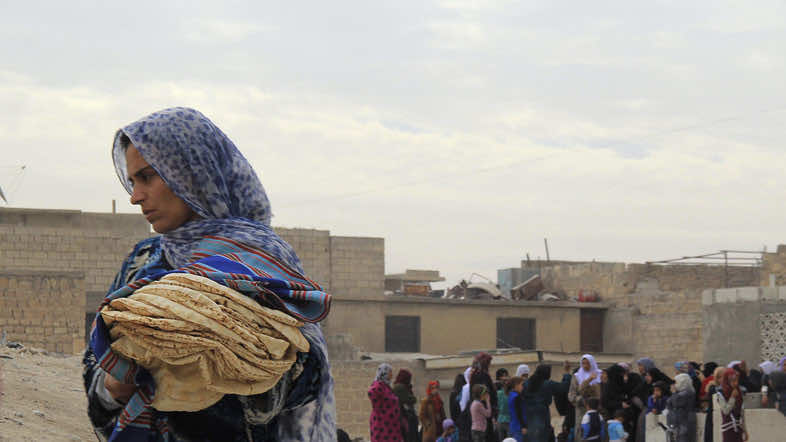 Beirut- Women in Syria have been raped in detention, used as human shields during military operations and kidnapped to pressure and humiliate family members, a new report said on Monday.

“Abuses against women (have been used as a) deliberate tactic to defeat the other party from a symbolic and psychological perspective, making women desirable targets as the conflict rages on,” said the report published by the Euro-Mediterranean Human Rights Network.

Issued on International Day to End Violence Against Women, the report said Syria’s brutal war “created a context ripe for violence against women, including sexual violence.”

The report said rape was documented in seven provinces, including Damascus, mostly “during governmental raids, at checkpoints and within detention facilities.”

It quotes a woman identified as Aida, a 19-year-old from Tartus on Syria’s coast, whose family is close to the anti-regime Muslim Brotherhood.

She was detained between October 2012-January 2013 and during that time was raped on two separate occasions, including by three soldiers the day before a court hearing.

“The interrogator left me in the room and came back with three personnel who took turns raping me. I fiercely resisted the first but when the second started, I became more terrified and couldn’t resist,” she is quoted as saying.

“When the third started, I totally collapsed. I was bleeding all the time. As the last one finished, I fell on the ground. Ten minutes later, the prison doctor came in and took me to the bathroom where he gave me an injection to enable me to stand before the judge,” she said.

The report says rape has often been used by regime forces as a weapon during military operations.

It cites a case in central Homs province, where a nine-year-old girl was raped in front of her family by government troops in the Baba Amr district in March 2012.

The report warns of the difficulties documenting rape because of the stigma attached to sexual violence.

“Many victims of sexual violence — if not most of them — chose or were forced to leave their homeland, carrying with them the physical and (psychological) marks to their country of asylum,” it said.

The watchdog also documents the use of women as human shields, and the “growing phenomenon” of women being kidnapped by both the regime and opposition forces.

It said women were often abducted for use in prisoner exchanges or “to pressure their male relatives to surrender,” the group said.

The report cites the Syrian Network for Human Rights as saying that between December and May 2012, it documented the cases of 125 women and two children being taken hostages in this way.

Syria’s war has killed more than 120,000 people and forced millions more to flee.

Of those who have become refugees, three quarters are women and children, the United Nations says.