CAIRO - Egyptian troops killed a key suspect Tuesday wanted over attacks on the army in the Sinai this year and deadly 2004 and 2006 bombings of tourist resorts, security officials said. 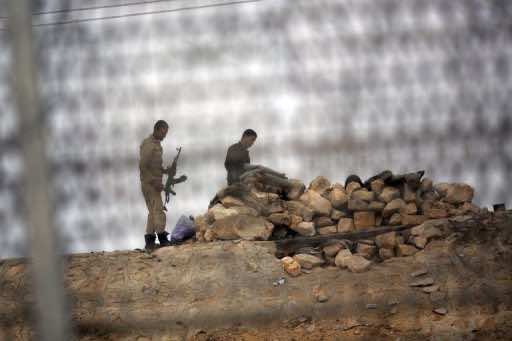 CAIRO – Egyptian troops killed a key suspect Tuesday wanted over attacks on the army in the Sinai this year and deadly 2004 and 2006 bombings of tourist resorts, security officials said.

Troops killed Mohamed Hussein Mohareb al-Shahir, his son and a third suspected militant in an operation south of the North Sinai town of Sheikh Zuwayed, the officials said.

Another four suspected militants were captured in the operation, part of an intensifying campaign by the army in the restive peninsula which borders both Israel and the Gaza Strip.

Shahir was suspected of involvement in a spate of attacks on the security forces in the Sinai in recent months, including an August 19 ambush that killed 25 policemen in the deadliest attack of its kind in years.

Security sources said he was also implicated in bombings of tourist resorts in the south of the peninsula that killed dozens of people, among them Israeli and Western holidaymakers, in 2004 and 2006.

They said he had issued a fatwa, or religious decree, justifying attacks on the security forces.

Jihadist militants have stepped up attacks on security personnel in the Sinai since the army overthrew Islamist president Mohamed Morsi in July.

The army has since poured troops and armour into the Sinai, in an operation which Israel says has its blessing, despite provisions in their 1979 peace treaty setting strict limits on military deployments to the peninsula.