CAIRO - The opposition Syrian National Coalition will take full possession of the country's seat on the Arab League now that it has formed a provisional government, its chief said Tuesday in Cairo. 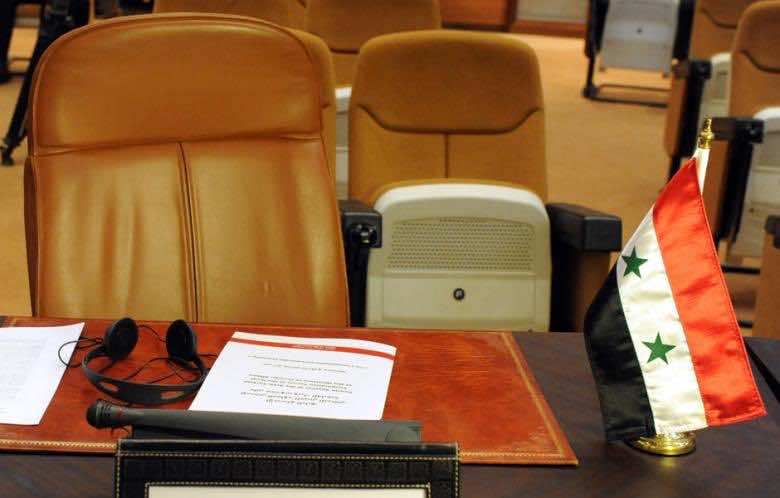 CAIRO – The opposition Syrian National Coalition will take full possession of the country’s seat on the Arab League now that it has formed a provisional government, its chief said Tuesday in Cairo.

Ahmad Jarba, speaking at a news conference with Arab League chief Nabil al-Arabi, also said the Coalition would hold a meeting sometime next month to discuss strategy ahead of a peace conference scheduled for January 22 in Geneva.

The 22-member League suspended the government of President Bashar al-Assad in 2011 after it unleashed a bloody crackdown on a pro-democracy movement that
sparked a violent uprising.

The League subsequently granted the seat to the Coalition, which assumed it at a ceremony in March, but postponed full participation in the body’s activities until a provisional government was formed.

That has now been accomplished, and Jarba said he would be making a formal speech in the coming days to coincide with the Coalition becoming fully active
in the body.

Turning to plans for a meeting ahead of the so-called Geneva II peace conference, Jarba did not say when or where this would be or what would be on the agenda.

However, he reiterated the Coalition’s conditions that it will attend only if Assad has no role in any political transition, that those people who have been jailed for their part in the uprising be freed and that humanitarian corridors be opened to areas under government siege.

During the news conference, Jarba was asked about whether Iran, a close ally of the Assad regime, should be allowed to sit at the table in Geneva.

He accused the Islamic republic of “occupying Syria,” and also called for Iran’s Revolutionary Guard and Lebanon’s Shiite movement Hezbollah to withdraw their fighters from Syria. He accused them of “impairing opportunities for reform and political advances.”