London-   Morocco and Great Britain are marking this year the 800th anniversary of bilateral diplomatic relations between the two kingdoms sharing the same values of peace, democracy, solidarity and tolerance. 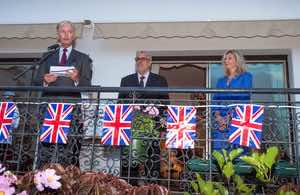 London-   Morocco and Great Britain are marking this year the 800th anniversary of bilateral diplomatic relations between the two kingdoms sharing the same values of peace, democracy, solidarity and tolerance.

Morocco’s embassy in London will hold on this occasion a much-expected event to which high-ranking guests of the two countries are invited.

Moroccan and British officials see in this celebration an opportunity for leaders, governments, and people of the two countries to celebrate gains and highlight the longstanding ties.

In addition to exceptional relations existing between the Moroccan and British royal families, there is strong resolve to improve bonds and expand them to various fields at the service of the two friend countries’ interests.

Historian recalls that the first contacts between Morocco and Great Britain date back to 1213 when Morocco was considered as a powerful military strength.

Indeed, Sultan Mohamed Ennassir had received in 1213 an envoy from King John who requested military aid and alliance against European enemies.

Historians also point out that Morocco’s first diplomats had left a good reputation among British monarchs, leaders, tradesmen and artists.

The celebration of this anniversary will be held on November 27 at the British Library, an architectural gem from the 16th century and one of the world’s biggest libraries