A young Saudi woman on Sunday urged a Yemeni court to let her stay and marry the man she loves, defying norms in both deeply conservative countries. 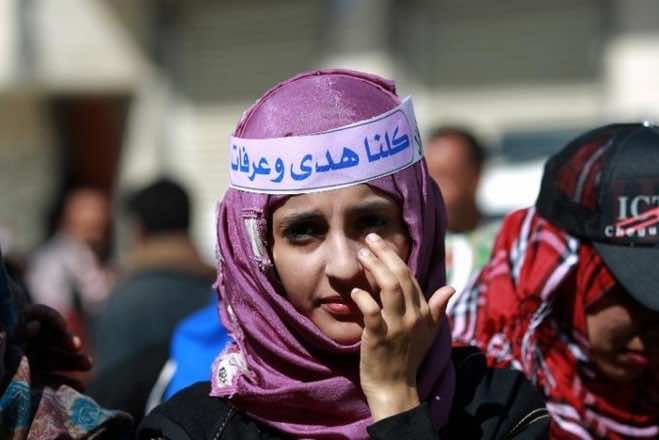 A young Saudi woman on Sunday urged a Yemeni court to let her stay and marry the man she loves, defying norms in both deeply conservative countries.

In a case reminiscent of Shakespeare’s star-crossed lovers Romeo and Juliet, Huda al-Niran, 22, defied her family and crossed the border illegally to be with her beloved.

As she pleaded her case to be able to stay and marry Arafat Mohammed Tahar, 25, her supporters demonstrated outside the Sanaa courthouse, sporting headbands proclaiming “We are all Huda.”

The lovers’ plight has gripped imaginations in both Yemen and Saudi Arabia, where the young woman’s courage is seen as astonishing.

She not only went against the wishes of her family, who said she could not marry Tahar, but also dared to flee the country and follow him to Yemen.

In court, she refused to accept a lawyer provided by the Saudi embassy, fearing pressure to return home.

But Huda did accept to be represented by a lawyer appointed by a Yemeni non-government organisation called Hood, who said he hoped for a favourable outcome.

“This is a humanitarian case, and must not raise tensions between the two countries,” lawyer Abdel Rakib al-Qadi told AFP.

He indicated that Sanaa had come under pressure from the Saudi authorities to ensure Huda’s return.

She is currently under arrest and on trial for illegal entry. If found guilty, she faces expulsion.

No decision was announced on Sunday, and the court set the next hearing for December 1 as it awaited a UN High Commissioner for Refugees ruling on a request for asylum.

A UNHCR representative confirmed to AFP that Huda had initiated proceedings to be granted refugee status in Yemen.

If she succeeds, it will be difficult for the authorities in Yemen to expel her.

Huda’s case has also come to the attention of the New York-based Human Rights Watch.

On November 19, HRW urged Yemen not to repatriate her and to take into consideration the fact that returning to her family could put her life at risk.

“She fears physical harm from her family members, whom she said have beaten her in the past, if she is returned to Saudi Arabia,” HRW said in a statement.