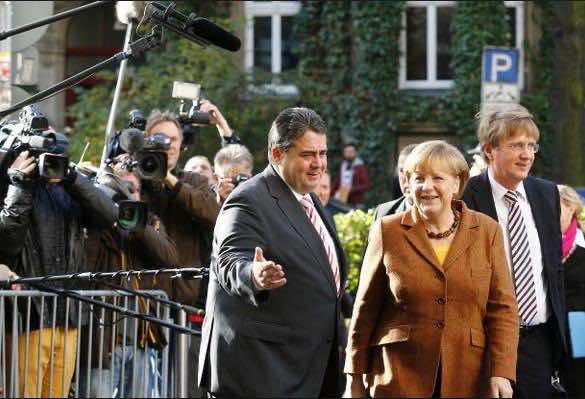 Merkel’s Christian Democrats, their Bavarian allies the CSU and the Social Democrats (SPD) agreed the deal after marathon talks lasting 17 hours and were due to formally present it to a meeting of some 75 delegates from all three parties, the sources said.

The chancellor now hopes to be sworn in for a third term on December 17 as leader of Europe’s biggest economy, but a key hurdle remains: a binding SPD membership ballot next month must still sign off on the proposed left-right ‘grand coalition’.