CAIRO- An Egyptian court sentenced 14 women from the Muslim Brotherhood to 11 years in jail on Wednesday after convicting them of belonging to a "terrorist organisation," judicial sources said. 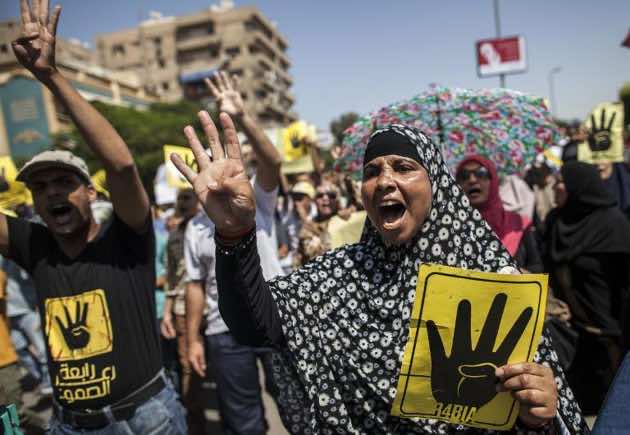 CAIRO- An Egyptian court sentenced 14 women from the Muslim Brotherhood to 11 years in jail on Wednesday after convicting them of belonging to a “terrorist organisation,” judicial sources said.

The court in the Mediterranean city of Alexandria also sentenced six men, said to be Brotherhood leaders, to 15 years, the sources said, adding that the convicts were immediately transferred to prison.

The men were found guilty of inciting the women to cut key roads in the city during clashes between supporters and opponents of ousted president Mohamed Morsi on October 31, sources said.