By
Larbi Arbaoui
-
Larbi is a freelance writer and assistant editor at Morocco World News.
Nov 27, 2013
Spread the love

Taroudant- According to the Moroccan daily Al Massae, the department of the Judicial Police of Rabat arrested three individuals with highly sophisticated technological equipments used to hack “hotline” sites users.

In its issue of November 28, the daily, which cited informed sources, said that the suspects were using several techniques to trap their victims, mostly affluent people, in order to “blackmail them and defraud them financially.”

According to the same source “hackers”, now under custody, created “red” WebPages identical to those visited by their “victims” in order to attract them and film them in obscene actions.

The daily added that once the “Hot webs” visitors were filmed naked and in sexy scenes, the “hackers” threaten to publish those scenes on YouTube.

Victims claimed to have been driven to such sites by curiosity, before falling into the trap.

Hackers are usually motivated by a number of factors, and some of them are after defrauding people, but most Hackers are increasingly engaged in social and human right causes.

The Moroccan constitution includes a number of rights enshrined in the Universal Declaration of Human Rights, including the right to a private life as is decreed in article 24,  “Everyone has the right to the protection of his/her private life. Home is inviolable… and private communications in any form whatsoever are secret …” 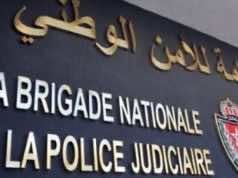