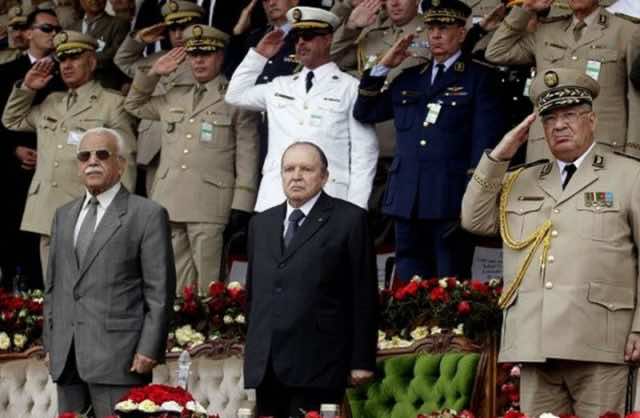 By
Adnane Bennis
-
Adnane Bennis is a national of Morocco, obtained his Bachelor’s Degree in Computer and Information Science from East west University in Chicago.
Nov 28, 2013
Rabat – On Monday we reported that an Algerian officer fled Algeria and sought Asylum in Morocco. In its edition of Thursday, the Moroccan daily Al Akhbar delivers more details about the circumstances surrounding the request made by the Algerian defector and his arrest on charges of “illegal immigration.”
According to the Casablanca-based newspaper, the man known as “Farkhatou Sheikh, was arrested Friday in Morocco at the entry point of the city of Oujda.
“He made a number of revelations to Moroccan investigators from the infidelity of his wife, caught in adultery with an Algerian official seconded to the presidency to his troubles with the Head of State to the Polisario and the army.”
The Algerian officer, who was promoted in 2008 to the rank of colonel, “reported to the police under a false identity before saying he was an officer in the Algerian Republican Guard who fled Algeria to seek political asylum in Morocco.”
According to the same source, Farkhatou Sheikh said that “the infidelity of his wife whom he discovered in the act of adultery with a with an official from the Ministry of Foreign Affairs assigned to the presidential palace “is one of the causes” of his decision to defect and flee to Morocco.
“My wife has been exploited to trap the official. We divorced in 2012. I later continued to be under pressure and unfair measures by the security services of the presidency and the intelligence services,” he was quoted by the newspaper as saying.
“This injustice has pushed me to hate the Algerian state and think of fleeing to Morocco, something I did via the border where I concealed my real identity,” he added.
Commenting on the relations between the Algerian military and the Polisario Front, the Algerian officer said that the Algerian army constantly forms Polisario elements in aviation and artillery before they return to their bases, adding that the Polisario enjoys a privileged status from the Algerian army.
He also talked about the deteriorating relations between Moroccan and Algeria, saying that the army receives instructions to be prepared for a potential military confrontation with Morocco.
“Senior officers tell us to prepare ourselves, given the deterioration of relations with Morocco,” he was quoted by the same source as saying.
He also spoke about the President’s deteriorating health and the military’s hold on power saying that those who hold the power are “Mohamed Tawfik, from the military intelligence, the caid Salah, Chief of Staff and Deputy Minister of Defense.”