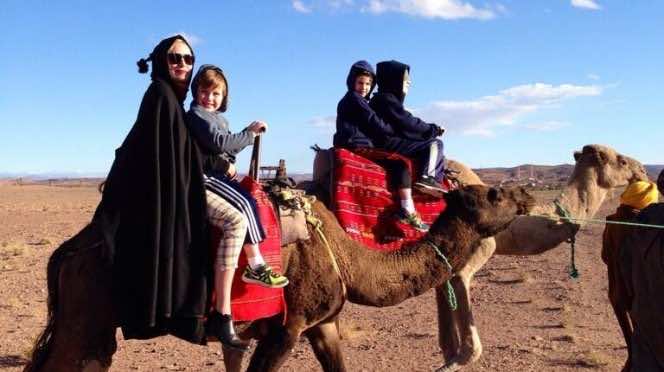 Rabat- Sharon Stone is already in Morocco. It seems that the American Star has already arrived in the Kingdom to participate in the 13th edition of the Marrakesh Film Festival, which will take place from November 29 to December 7.

The picture, which shows her and her family in the Moroccan desert, was posted on her Twitter account on November 25. “Our family in Morocco for Thanksgiving,” said the actress on her account. The actress will be among the figures that will be honored in Marrakesh.

This year’s festival will be chaired by American director Martin Scorsese. In addition to the American film director, the jury will consist of nine other national and international stars of cinema, including the Moroccan film maker Narjiss Nejjar.