BENGHAZI, Libya- Three Libyan soldiers were killed and three wounded in new fighting in the restive eastern city of Benghazi Thursday as the army clashed with an armed group, a medic said. 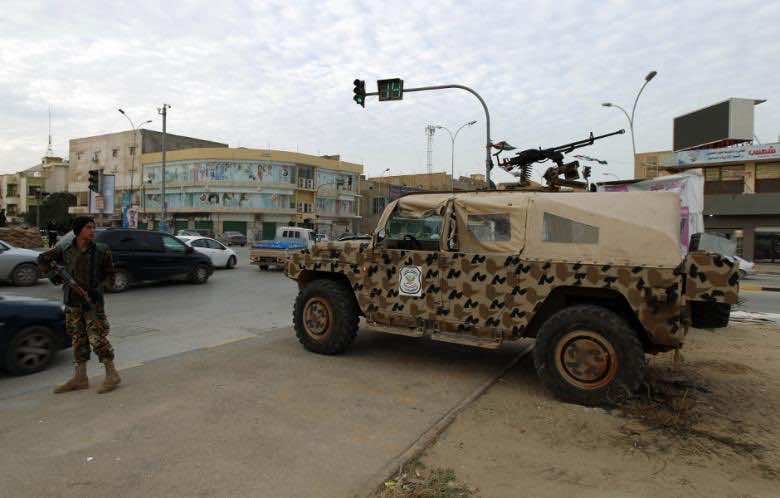 BENGHAZI, Libya- Three Libyan soldiers were killed and three wounded in new fighting in the restive eastern city of Benghazi Thursday as the army clashed with an armed group, a medic said.

A security source indicated that the fighting erupted east of the city. “These victims fell in clashes in the Sidi Khalifa district between the army and an armed group that was trying to enter the city from the east,” the source said, adding that the group’s allegiance was unknown.

Earlier on Thursday, witnesses said gunmen inside the city killed a soldier on the final day of a three-day strike in protest over militias. That attack was carried out by gunmen in a vehicle who sprayed a volley of bullets at two soldiers as they got into a car after leaving a cafe, witnesses said.

“The soldier died after being shot in the head,” said a medic at Benghazi’s Al-Jala hospital. Witnesses said the second soldier escaped unharmed. The strike was sparked by a shootout on Monday between a jihadist group and the army left seven people dead and 50 wounded.

Thursday’s killings come a day after three soldiers were shot dead and the bodies of two more were found in the nearby town of Derna. Benghazi city council declared the three-day strike after an army patrol came under attack near the headquarters of Ansar al-Sharia, a jihadist group blamed for the 2012 attack on a US mission in which the ambassador and three other Americans were killed.

Libya has seen mounting unrest since the toppling of long-time dictator Moamer Kadhafi in 2011 by a ragtag assortment of rebel brigades, many of which have since been transformed into militias that defy the weak central government.