CAIRO- A student was killed during an Islamist demonstration at Cairo University Thursday, officials said, as Egyptian authorities continued their crackdown on supporters of ousted president Mohamed Morsi. 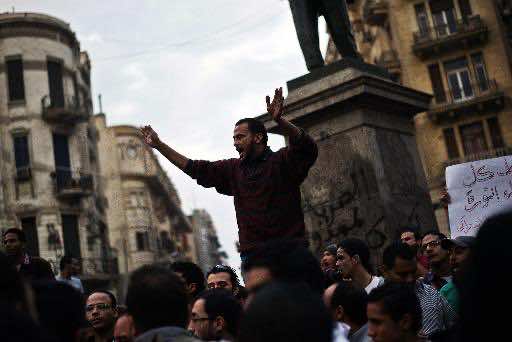 CAIRO- A student was killed during an Islamist demonstration at Cairo University Thursday, officials said, as Egyptian authorities continued their crackdown on supporters of ousted president Mohamed Morsi.

The circumstances of his death were not immediately known.

Morsi supporters have regularly staged protests against the military since it ousted the Islamist leader on July 3 and, in recent months, have increasingly staged demonstrations in universities.

Abdo’s death is the first since interim authorities passed a disputed law requiring that organisers must give a three-day written notice before holding a demonstration.

On Tuesday, police broke up two small protests in Cairo by secular and youth movements to oppose the law, widening the authorities’ crackdown which so far has targeted Islamists.

And on Wednesday, authorities ordered the arrests of two prominent activists who led the revolt against long-time ruler Hosni Mubarak in 2011.

The suppression of mainly secular youths is seen as the opening of a new front by the authorities, which justified Morsi’s ouster by saying it was responding to massive demonstrations against his rule.